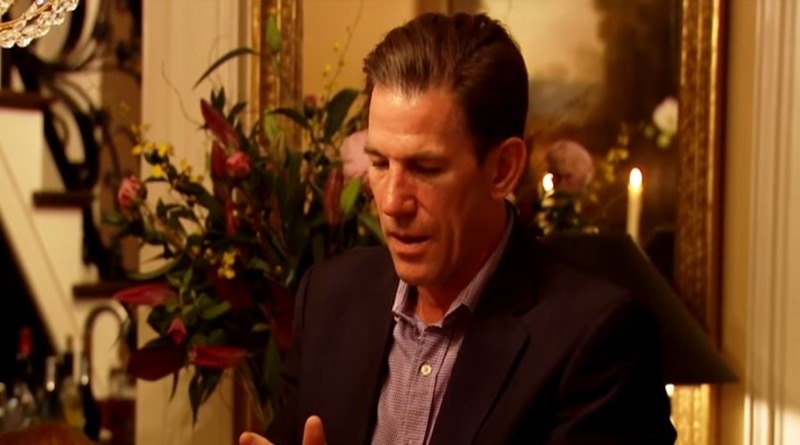 Southern Charm fans know that things turned sour between Kathryn Dennis and Thomas Ravenel. Allegations of sexual assault on the nanny of their two children emerged and the couple entered into a custody dispute of the kids. TV Shows Ace reported that the custody case was ruled by a judge as being kept from the public. However, hours before that, messy allegations emerged in a deposition involving cocaine use and other abuse.

In an exclusive published Wednesday, the Daily Mail UK reported some rather shocking details. In fact, if they emerge as having merits of truth, no wonder Kathryn wants her kids away from Thomas. She filed for custody of   Kensie, 5, and Saint, 3, in November. This came after the ex-Southern Charm member got arrested and charged for allegedly sexually assaulting their nanny. Going forward, the details of the down and dirty custody case will be kept from the public. However, just hours ahead of the court ruling, things emerged via the nanny, Dawn Ledwell.

According to Dawn, Thomas drank a lot, every day, and allegedly vomited. Once Dawn said she saw it on the bed. According to Reality Blurb, he’d allegedly taken a cocktail of “Klonopin, Viagra, pain medication, and “something for bi-polar.”’ Well, that’s not a good look, but apparently, Dawn actually took a polygraph test. Perhaps that’s something to take into account about everything she said. Also, she noted that Thomas never wanted Kathryn to have that second child and wanted her to have an abortion.

According to the Daily Mail, stories of cocaine use emerged as well. When he ran for Senate in 2014, he allegedly “sniffed cocaine off his campaign sign.” Plus, he apparently “offered a Uber driver $500 to clean the drug off him.” That allegation came via a friend of Dawn, the nanny, who told her the story.

However, the domestic violence that allegedly took place against Kathryn is horrifying. If, in fact, it did happen then Southern Charm‘s Kathryn’s been amazingly stoic through it all. The allegation is that Thomas “nearly amputated Kathryn’s hand in a car door” at their home in Charleston, South Carolina.” Additional details emerged about how he once woke Kathryn by flicking “cigarette butts” into her face.

Deposition could be damaging for Southern Charm alum

These messy allegations against the former member of Southern Charm really can’t help Thomas with his court case. However, they might help Kathryn with her custody case. After all, it looks like there might very well be good grounds to fear for the safety of her children.

What do you think about all of these abuse and cocaine use allegations against Thomas Ravenel? Do you think Kathryn bore up very well considering the alleged violence? Sound off your thoughts in the comments below.

Remember to check back with TV Shows Ace often for more news about Southern Charm.