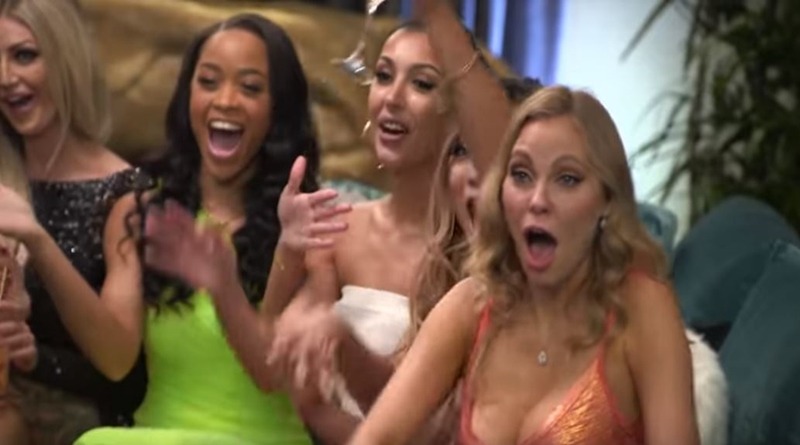 Double Shot at Love with DJ Pauly D DelVecchio and Vinny Guadagnino airs Thursday nights. Actually, it’s one of the top reality TV shows of 2019. According to Viacom, “it’s one of MTV’s biggest shows in five years.” Of course, it’s crazy and fun, and fans can’t get enough of it. The sneak peek released on Twitter shows that this week, Alysse disses Nikki over her jealousy issues.

Double Shot at Love sees Nikki crazy for Pauly D, but can she handle her jealousy?

Nikki’s crazy for Pauly D’s love and this also means conflict with Holly, who’s almost obsessive. TV Shows Ace reported last week that “Right from the start, of Double Shot at Love, Holly had a hectic crush on Pauly D. In fact, there’s loads of rivalry growing between Nikki and Holly. A few episodes back we saw Pauly telling them they’re both equal. Of course, Holly starts getting the wrong idea, meanwhile, Nikki thinks she’s in for a chance.”

Well, it seems Nikki took that heart and now she’s wildly jealous of the other girls who might even think of winning Pauly D’s heart. In the preview, which you can see below, Nikki starts yelling when Alysse points out the obvious. That involves the fact the Pauly D’s a famous DJ and there are some really “aggressive” women who frequent his shows in the clubs. Nikki won’t take that on board at all.

Nikki feels certain that she can deal with any jealousy out in the real big world. However, we’ve seen little evidence of this inside the house with the other women. After all, there’s not that many of them, and Double Shot at Love is filmed in a rather structured environment. Allyse says, “If you can’t handle this house, there’s no way you can handle the real world.”

However, Nikki’s so confident in Pauly D’s character, that she insists ” I don’t think Pauly would put me in that position.” Yeah, Pauly D’s Mr. Nice Guy, we know that. However, despite all the others agreeing that really isn’t in Pauly’s nature, the problems might not arise through him. Loads of women who go to his clubs would rip off their left arm to get up close and personal with him after all.

Anyway, Nikki seems unable to grasp the point that other women could cause her jealousy issues, even if Pauly D’s not encouraging them. She says, “That’s fine, I can handle myself.” Hmm, Alysse then rightly notes that’s not very likely. Actually, she said to Nikki, “You can’t handle this. You can’t handle the girls.”

Meanwhile, in another room, Angelina Pivarnick’s busy chatting to the guys. She tells Pauly D he’s “got a lot on [his] hands.” To that, Pauly agrees. Then Angelina notes that it’s the “crazy girls” in Double Shot at Love who like them the most. Meanwhile, Vinny feels he “hasn’t seen that” craziness in Nikki and mentions the other women think she’s so crazy.

Looks like Nikki has Angelina's vote! ☑️ Find out what other intel Angelina gets on #DoubleShotAtLove TOMORROW at 8/7c on @mtv. pic.twitter.com/2ol1jTul6p

Angelina says that Nikki is kind of crazy, but in a nice way

Well, it seems that when Vinny asks Angelina straight up if Nikki’s crazy, she kind of agrees, In fact, she says, “She’s like a hot crazy. Like, I kind of like her.” Well, that’s a backhanded compliment, if nothing else. Where will this all go with Nikki? Do you think outside in the real world she’s got what it takes to control her jealousy? You’ll have to keep on watching the series to find out.

Remember to check back often with TV Shows Ace for more news about A Double Shot at Love.