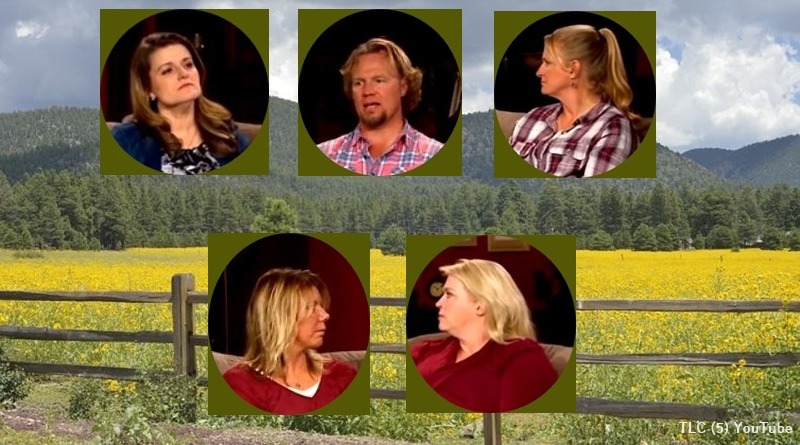 Sister Wives usually get together for family occasions but this year, only half the wives seem to have celebrated Mother’s Day with Kody. The news and some exclusive photos to back it up came out via Radar Online. It looks like Janelle and Meri Brown didn’t make it to Robyn’s place for the special day. Did Kody Brown snub them? Maybe he spent time with them later, but it looks like he preferred the company of Christine and Robyn this year.

According to Radar Online, a series of photos showed Christine and her sixteen-year-old daughter, Ysabel arriving at Robyn’s home with a couple of packages of local brew. For some reason, they parked in the street rather than on the property. Radar Online noted that sources told them, “someone else must have been doing the food because all Christine got out of the car was the beer.”

It seems very odd that neither Meri Brown or Janelle pitched up at the house to share in the day. In fact, Radar obtained photos that showed Janelle seemingly alone at a local farmers market on Sunday, May 12.  They say that she looked a bit lonely and kept fiddling with her phone. Actually, she looked a bit like a fugitive with big dark glasses on and a bulky jacket. Maybe she’s trying to hide her celeb self in the smaller town of Flagstaff.

On Saturday, May 11, sister wife Janelle posted up a photo on Instagram which showed Savannah, Logan, and Michelle! They went out to the Crescent Moon recreation area. So, at least we know Janelle never spent the whole weekend alone. For all we know, Kody may have been with them.

Janelle captioned the post with, “Spending the afternoon in Sedona with some of my sweethearts. I love the Crescent Moon recreation area.”

TV Shows Ace noted that Meri’s daughter Mariah was still in Bali on Mother’s Day. In fact, she just qualified as a yoga teacher in the Indonesian country. So, Meri wasn’t with her, we can assume. We have no idea where Sister Wives‘ Meri got to. Having closed her personal account on Instagram, she only keeps two now. One of those is the LuLaroe account and she posted nothing there. Neither did she acknowledge any fans who wished her a happy Mother’s Day.

The same goes for her Lizzie’s Heritage Inn on Instagram. Over there, it seems Bonnie, Meri’s mom hosted some people at the B&B but guests never made mention of Meri. So, we simply don’t know. As Meri said a short while back, she misses Las Vegas terribly. Possibly she went there or spent time in Chicago with Audrey Kriss.

What do you think about Meri and Janelle Brown not being around to celebrate Mother’s Day with Kody Brown? Do you think he maybe split the weekend into two? Perhaps he spent time with Janelle and Meri on Saturday? It seems a bit odd, but it is possible. Sound off your thoughts in the comments below.