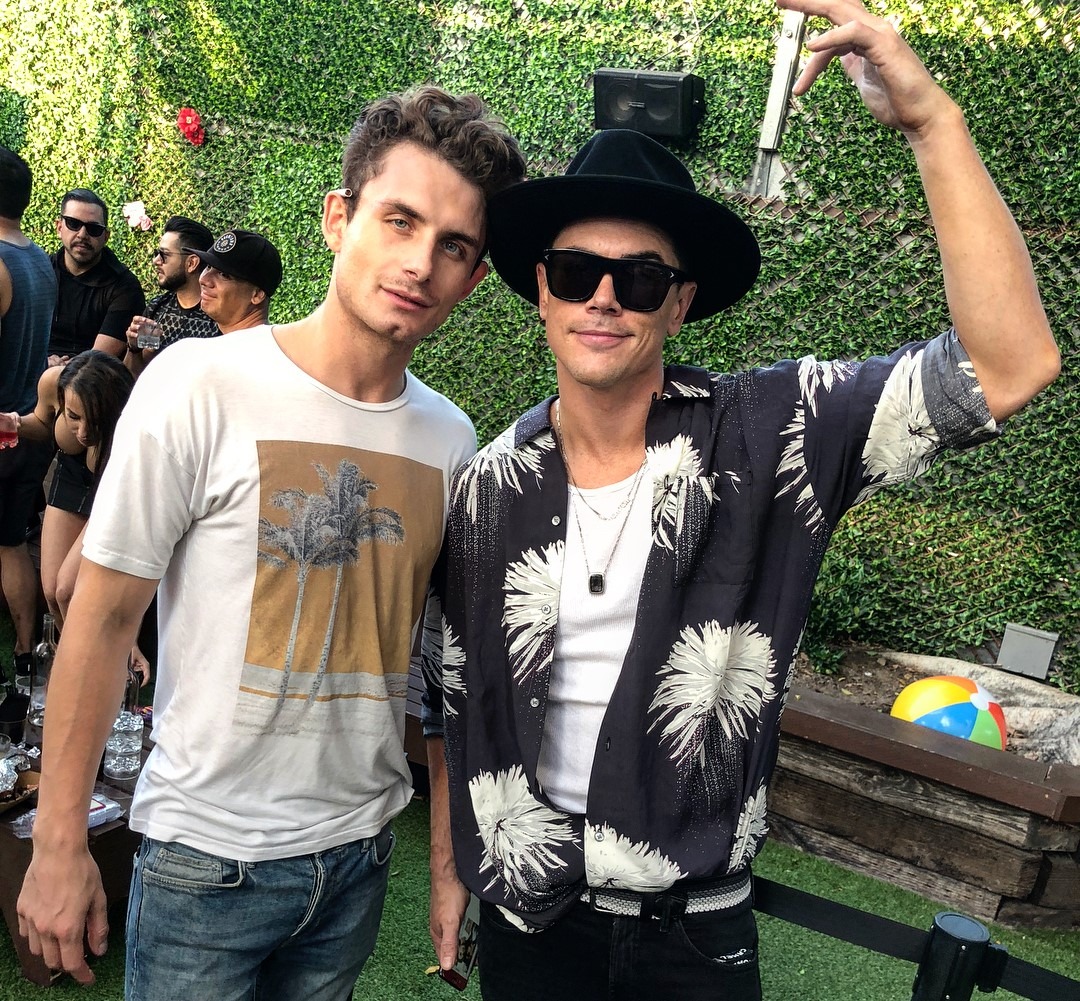 Part 2 of the Vanderpump Rules reunion aired on May 13. Tom Sandoval spent much of Part 1 earning the ire of his friends by defending James Kennedy at every turn. During Part 2, Tom accidentally mentioned offhand that James often mixes alcohol and uppers.

The conversation came about when host Andy Cohen asked James if he has stopped drinking. James insisted that he hasn’t been “drinking and partying” lately. This prompted Katie Maloney-Schwartz to chime in to say she saw him drunk at a party. James admitted that he was still drinking.

Tom broke in at this point and implied that it’s not the alcohol that makes James act the way he does. He said, “I see you have a beer, be totally chill, totally fun, mix it with other things, and then you’re like — “ James asked Tom what other things he was talking about besides smoking weed. Tom replied, “more uppers-type things.”

James immediately denied Tom’s claims. He tried to shut down the conversation completely by angrily telling Tom to “shut the f— up.” Tom did stop talking about it and no one delved into it further.

James hasn’t said anything about the allegation on social media nor does he plan to, according to a Bravo rep.

James Kennedy Says He Drinks to “Feel On”

Later in the show, James tried to explain why he drinks, citing social anxiety. Kristen Doute’s eyes almost rolled out of her head when James said he drinks because fans come to SUR to meet him and expect him to “be on.”

Who needs witches when you have wizards #slytherin

The reunion deteriorated into James Kennedy walking off-stage when Kristen insulted his family. Stassi Schroeder and Katie joined the pile-up on James by implying he was playing the victim. When Katie brought up her brain injury, Lisa cut in to say it wasn’t a competition.

Last night, Lala admitted that she is now sober. Andy asked Lala Kent what made her realize she was an alcoholic. Lala recounted a story of going to Disneyland and being drunk for four days straight. She said this happened in October. The reunion taped at the end of March.

Billie Lee and Lala went head-to-head during Season 7. One of their confrontations happened at SUR. Lala downplayed her role in the argument when Lisa asked her about it. When Billie Lee was discussing Lala’s behavior, she said that it seemed like Lala was “on something.”

The difference between Billie Lee and Tom’s allegations of drug usage is that Lala’s behavior was clearly due to the loss of her father. Billie Lee has made calculated moves throughout the season for more airtime. During the show, she even jokingly asked Lisa for a promotion so that she, too, can afford to buy a house. (Katie & Tom Schwartz, Jax Taylor & Brittany Cartwright, Ariana Madix & Tom Sandoval, and Kristen all purchased houses in the last few months.)

Rumors circulated widely before the reunion aired that a physical confrontation occurs. Scheana Shay implied that Billie Lee was involved. However, Billie Lee’s appearance at the reunion came and went on Monday without anyone so much as getting out of their seat. James Kennedy and Jax Taylor did almost get into it on this season’s reunion.

Tune in to Part 3 of the Vanderpump Rules reunion May 20 on Bravo to find out if a confrontation goes down.