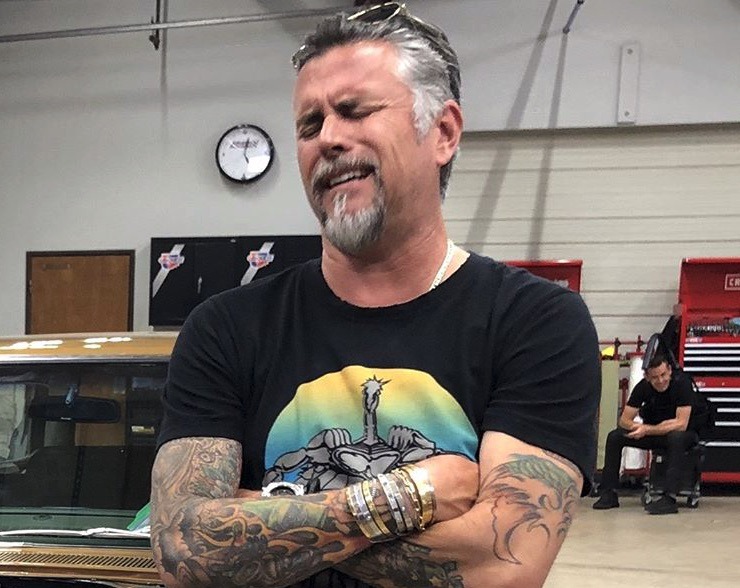 Fast N’ Loud star Richard Rawlings has already settled his divorce from his wife Suzanne. The twice married, twice divorced couple have speedily settled their divorce and moved on. What did Richard shell out when it was all said and done?

How Much is Richard Rawling’s Divorce Costing Him?

Back in March, Richard Ray Rawlings filed for divorce from his wife Suzanne Marie Mergele. The couple first married back in 1999, and the marriage lasted a decade. The two decided to give their love another chance, and remarried in 2015. The couple did not have any children, but there were assets to divide up. Faster than one of Richard’s Mustangs, the two split up their assets and amicably moved forward.

According to TMZ, who checked out the divorce docs, Richard is paying his ex-wife Suzanne $300,000 in two payments and a 2019 Mercedes SL 450 roadster. She still owes $80,000 on the vehicle, but as she also gets to keep her “bank accounts,” it is presumed that there is enough there to pay that shiny vehicle off and can still afford to buy gas.

This may seem like a small amount, as fans may have learned from TV Overmind that Richard Rawlings’ net worth is a cool $15 million dollars. Although he got to keep his cars and business, it is presumed that what was in her bank accounts would be a hefty enough sum to not quibble.

What’s Next For Richard Rawlings?

Well, Richard is now single and he is definitely looking for a Saturday night date. He recently tweeted to Seth Rogan asking for Charlize Theron’s number, after her recent comments that no one has stepped up and asked her out. A true southern gentleman, Richard would like to “court” her. But, based on his social media, Charlize has not responded, and it doesn’t appear that Richard is hanging out with anyone except the Gas Monkey crew.

Speaking of the monkeys, fans want to know when to expect the return of Fast N’ Loud. Discovery has yet to announce the official Season 15 premiere date. Richard told Joe Rogan that the show will premiere in June, but did not confirm a date. They were still filming episodes for this spectacular season. Some of the builds will be in the hundred of thousands of dollars!

Are you ready for Fast N’ Loud season 15 sometime this summer? Do you miss the Gas Monkey crew? Do you think Richard’s wife got a fair share of his money in their divorce? The official date of Fast N’ Loud 2019 will be announced soon. Check back with TV Shows Ace for all of your Fast N’ Loud news.