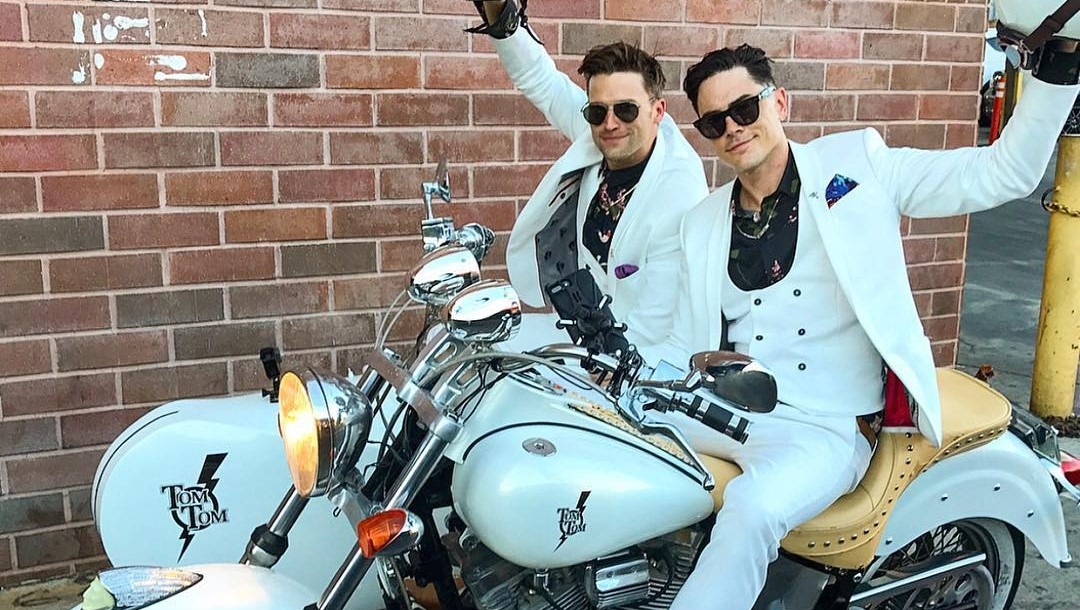 If you’re a fan of Vanderpump Rules, you most likely watched Part 2 of the Season 7 reunion on May 13. In between all the yelling and screaming, Tom Sandoval took host Andy Cohen for a ride in his motorcycle sidecar.

Viewers might remember the motorcycle sidecar after Tom Sandoval bought it to surprise BFF Tom Schwartz at the opening of TomTom. During that excursion, the duo ran out of gas before they could make their grand entrance.

Tom Sandoval ran into more problems than he anticipated during his ride with Andy. The motorcycle broke down almost as soon as they pulled out of the parking lot. Sure, it was funny to see Andy walk back to the restaurant and leave Tom Sandoval to push the bike back himself.

The disabled community was not laughing, though. Before the bike departed the lot, it was shown parked in the lot’s handicap spot. Parking in handicap spots is something able-bodied people do all the time without a second thought.

“I was just running in the store for a minute.”

“There aren’t any handicap people around here.”

“We were only parked there for a second.”

These are all excuses used to justify parking illegally in a handicap spot. To an able-bodied person, parking in that spot isn’t a big deal. To a disabled person, it is just another example of their needs being dictated by someone else. I’m sorry that having to walk an extra few feet is an inconvenience to the able-bodied people.

Lala Kent Once Parked Her Rolls-Royce in A Handicap Spot

Not surprisingly, this isn’t the first time a Vanderpump Rules star was caught parking in a handicap spot. Eagle-eyed viewers picked up that Lala parked the back end of her Rolls Royce in a handicap spot a few seasons ago.

In her defense, she might not have intentionally parked there. Maybe she’s just not as good at parking her car as she is earning it.

Browsing Twitter after the show, several people called Vanderpump Rules out for their blatant ableism.

@TomSandoval1 you parked in a handicap spot?…. Not cool man. #vanderpumprules

@Andy #VanderpumpRules #tomsandoval
Thats what you get for parking in Handicapable Parking!

It’s doubtful that Bravo or anyone connected to the show will acknowledge their error, let alone apologize for it. It was a throwaway moment meant to lighten up the mood of the tense reunion. I’m sure many didn’t even notice and didn’t care either way.

It reminds me of last year when Chris Pratt made a very insensitive promo video shooing away closed captions and saying people don’t need them. During a time when there is unequal access to social media for the Deaf and Hard-of-Hearing, the video did not go over well in the Deaf community. Not only did Chris apologize for the video, he did the apology in Sign Language. Which he clearly learned just for the video, but it is the thought that counts.

Full disclosure: I am disabled. I lost my hearing when I was a teenager. Ten years ago I had surgery on my back that unexpectedly left m in a wheelchair. I had to learn to walk again. Despite this, I never got a handicap parking pass. Part of the reason I didn’t get a handicap parking placard was because I knew I wouldn’t be in the wheelchair for very long. I can’t tell you how many times I saw people without the placard park in a handicap spot.

So, I noticed immediately that the motorcycle was parked in a handicap spot on Vanderpump Rules. I’m sure the production crew parked it there “just for a minute.” It is still unacceptable.

(I know that some disabilities are invisible, but legally parking the handicap spots requires a placard.)