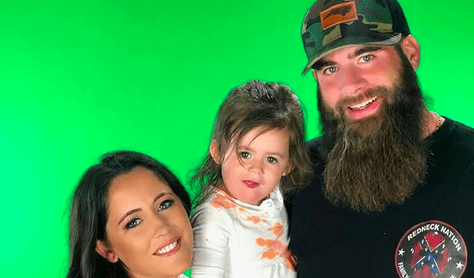 Teen Mom 2 star Jenelle Evans has been getting a lot of backlash after her husband, David Eason, shot and killed the family’s dog. It all started when their daughter, Ensley, was playing with the dog. The dog snapped at Ensley when she tried to hug him. David then took the dog outside, slammed him on the deck, and took him into the woods to shoot him.

A lot has happened since the killing first went down. Fans are especially mad at David, but they believe Jenelle needs to do something now too. Many Teen Mom fans are saying that the couple shouldn’t be allowed to have children or pets at this point.

Now, Jenelle is posting pictures with her chickens. On Saturday, she posted a picture of herself holding the chicken on Instagram. In the caption, she referred to herself as the “chicken whisperer”. She shared additional pictures and video clips of her chickens in her Instagram stories too.

How are fans reacting to the chicken pictures?

Since Jenelle shared the picture of herself with the chicken, fans have not been reacting well. Here is what some of them are saying:

It’s clear to see that fans aren’t impressed that she is still posting animal photos despite what happened. They don’t think that it’s safe for their animals or their children to live with David. From what we know, the couple is still together.

Overall, fans seem to be concerned about what could happen to these chickens, Jenelle, or the kids. Him killing the dog definitely caused an uproar from the Teen Mom 2 fan base.

What happened to the Teen Mom 2 star after the incident?

As a result of David killing the dog, Teen Mom 2 decided to cut Jenelle from the show. They hadn’t filmed her in a month and this event seemed to help make their decision.

In addition, Teen Mom 2 lost a few sponsors, including a dog treat brand. These brands no longer want to support the show or Jenelle and David.

Now, it appears that Jenelle may not have much money saved up. She was recently planning on going to New York to see if she could pick up another acting gig. It’s unclear whether that is still her plan and if she will be able to get a job.

What do you think of Jenelle posting these pictures? Do you think that she should lay low for a while? Let us know in the comments!

For more updates about your favorite Teen Mom 2 stars, get the latest news from TV Shows Ace!