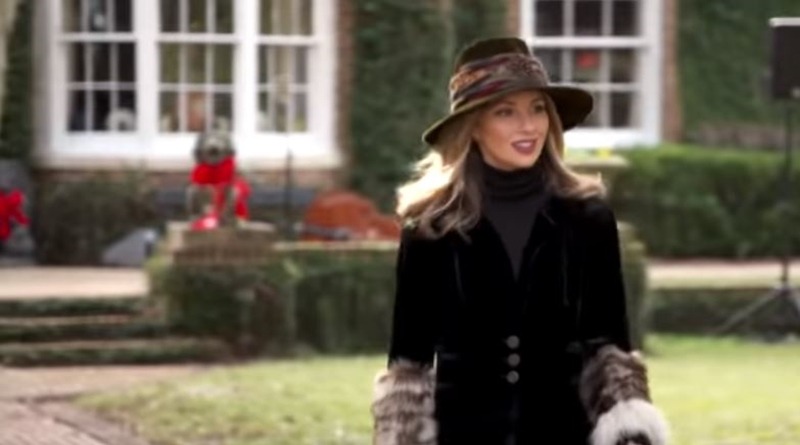 Southern Charm returns to Bravo TV on Wednesday, May 15. The trailer’s already out and probably, you noted the return of Ashley Jacobs. The Daily Dish spoke to Cameran Eubanks who seems bewildered at the cheek of Ashley even considering doing Season 6. It follows after the Season 5 reunion when the cast pretty much wanted nothing to do with her – ever again! Now, Cameran dissed Jacobs as not doing “the smart thing” and just going back “home to California.”

In Season 5 of Southern Charm, Ashley behaved really badly towards Thomas Ravenel’s co-parent, Kathryn Calhoun Dennis. Thomas tried hard to balance his relationship with Ashley and with Kathryn, but Ashey never respected that. Oprah Mag reminds us that Ravenel was figuring out how to balance his relationship with his new girlfriend, Ashley Jacobs while co-parenting with Kathryn Dennis. They share joint custody of his kids, St. Julien and Kensington, both still little ones. In fact, the main angle of the past season showed things unraveling between the trio as Jacobs became so critical of Calhoun’s parenting skills.

Eventually, Shep Rose stepped into the picture to defend Kathryn Dennis. Finally, Ravenel broke it off with Jacobs. Anyway, we won’t see him this season as he’s busy dealing with assault and battery allegations against him. However, with him out the picture, you have to wonder why she features in the trailer for Season 6. Cameran’s wondering about that, especially as she was really upset about Jacobs at last year’s reunion. Ashley Jacobs clearly has no regrets or remorse over her behavior at all.

The Daily Dish chatted to Cameran on their podcast and she seemed pretty amazed. “I was shocked,” she said, adding that so was “everybody else to see her back.” Cameran “figured the mature and the smart thing for her to have done after last year would have been to get on a plane and go back home to California.”

Much like viewers of the sneak peek for Southern Charm‘s Season 6, she was shocked. Cameran explained, “when I saw her roll up at that party, my mouth was hanging wide open.” While she tried not to give too much away, Camron did say, Ashley “definitely tries to make amends and I think the viewers will have to wait and watch to see how we all react to that. So she wants in; she wants in the group really bad.” Reality Blurb noted that Cameran also said, “never say never” to her finding some friends on the show.

The sneak peek trailer shows Ashley Jacobs crashing the party and she’s certainly not welcome. In fact, she’s shown the door. What do you think of her pitching at the party, and showing up in Season 6? Are you, like Cameran Eubanks, surprised she never went back to California? Sound off your thoughts in the comments below.

Remember to check in with TV Shows Ace often for more news about Southern Charm.