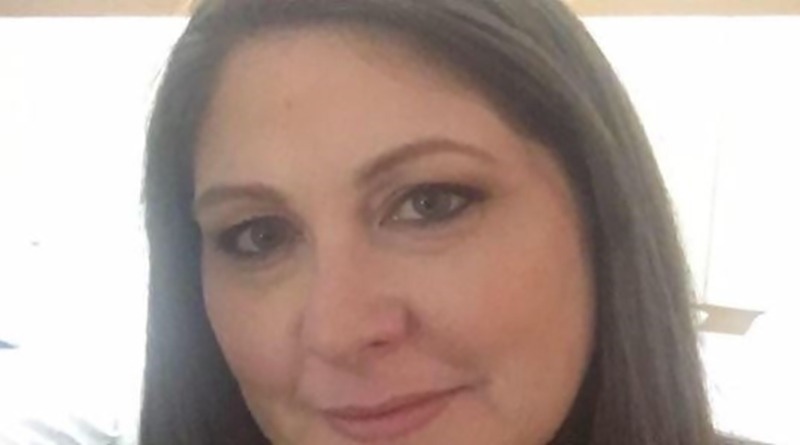 Exclusives, News, Reality TV, Sister Wives, TLC Shows
Share on Facebook
Share on Twitter
Share on Pinterest
Share on LinkedIn
It’s raining where Seeking Sister Wife alum, Brandy lives, and she’s been mopping and cleaning down in the basement. However, that didn’t stop her from taking some time to talk about life and some of her thoughts on the TLC show. That’s typical of her though, and many fans liked what they saw on the show as she seemed big-hearted. Fans can recall that in Season 2 of Seeking Sister Wife, Brandy joined Bernie and Paige McGee in the hopes of finding the ideal sister wife lifestyle. It didn’t work out but she moved on and got on with her life. On Saturday, TV Shows Ace got the chance to talk to her exclusively.

While it never worked out for Brandy, she says that she really joined the show as she felt it was her “chance at love.” Speaking of the McGees, she believed that they also “wanted the same thing.” However, she definitely rules out doing another show like Seeking Sister Wife, saying that she’s done with that: “Live and learn!” However, that doesn’t mean Brandy’s throwing away the concept of a sister wife relationship.

Brandy says about plural relationships, that she’s good for it if it happens and she’s “leaving it in God’s hands.” Notably, though, she won’t turn away a “wonderful single guy either,” as she’s “good there too.” Referring to the TLC show again, she says that on the whole, she felt the show “was shown as accurate as possible.” Okay, there were some bits she felt she “didn’t agree with,” but unable to change things, she just rolled with it.

Good memories of the TLC show and good advice from Brandy

Fans of Seeking Sister Wife never saw all the scenes filmed for the show. But, Brandy says one of those gives her good memories, and it involved the kids. Brandy came over as particularly good with kids on the show, so that’s no big surprise. Brandy explains it came during her “second trip” to the McGees and “[she] sat down to help the boys with their school work. “The laughing and joking were awesome,” Brandy says.

Meanwhile, after doing the show, Brandy says, “I keep in touch with a few of the women.” That’s an important aspect of being a sister wife, being able to make friends with the women in a future relationship. For anyone else looking for a sister wife relationship, Brandy gives some advice, saying, “Take your time. There’s no rush. Make sure you ask those difficult questions. Listen to your gut. Make sure what’s important to you is also important to them.”

Fans of reality TV shows often see cast members as celebrities. Just the other day, a fan on a Facebook group wrote about how excited they were to see Brandy, a celebrity, out and about. But, for Brandy, being a celebrity on Seeking Sister Wife is the last thing on her mind. She said, “I don’t feel I am a celebrity and I went on a show to find love. I learned that I’m much stronger than I thought. I learned that I don’t have to react to every situation and I’m proud of myself for not reacting.”

Dealing with social media, and in particular, with haters presented a bit of a shock to Brandy. She says nobody prepared her for any of that, adding, “I’ve watched reality TV for years but I’ve never joined a group to talk cr*p on them. I didn’t know those groups existed. I just never took it that seriously. So to know there are people out there with some serious hate in their heart for people they don’t know is bothersome. ”

Brandy admits that initially, trolling “really bothered” her. However, a silver lining involved meeting “wonderful women who helped me through this process…from showing me how to lock down my Facebook completely to just listening to me when I was upset. I am eternally grateful for the friendships that happened because of this show.”

TV Shows Ace (TVSA):  Are you working out? Can you recommend anything to your fans?
Brandy (B): I am watching what I eat. I give in to my cravings but I don’t eat the whole thing. Moderation is the key to anything.
TVSA: What advice would you give your younger self?
B: Be kinder to me. Accepting of me. Be patient. Have faith. Don’t rush into anything. Ask more questions. Read the fine print. Don’t be so trusting.
TVSA: Do you believe in love at first sight?
B: I do.
TVSA: Where do see yourself being in 10 years time?
B: I’m not sure but hoping for more grandbabies.
TVSA: What’s your favorite meal?
B: Chicken strips and fries
TVSA: What movie did you see that you really loved?
B: The Notebook
TVSA:  What’s the best book you ever read?
B: My favorite author is Jodi Picoult. So really any of her books. You can’t go wrong.
TVSA: If you could visit anywhere in the world where would it be and who would you take with you?
B: I’d love to go on an African safari and I’d take my kids.
TVSA: If you could choose any career, what would you pick, in hindsight?
B: Radiologist. I started school for this career however I had a newborn and a four-year-old and being a single mom it was just too tough.
Thanks to Brandy for answering these questions in an exclusive interview for TV Shows Ace. We wish her the very best of luck and love in her future. What do you think of Brandy revealing some of her takes on the TLC show and life lessons? Sound off your thoughts in the comments below.
Remember to check in with TV Shows Ace often for more news about the cast of Seeking Sister Wife.

Did ‘Bachelorette’ Katie Thurston Just Spoil Her Own Season?
‘The Circle’ River, Where Is He Now?
Did ‘Duck Dynasty’ Alum Sadie Robertson Give Birth?
‘The Bachelorette’ 2021 Spoilers: Reality Steve Reveals If Katie Thurston Is Engaged
Myrka Cantu Claps Back At Allegation She ‘Trapped’ Ethan