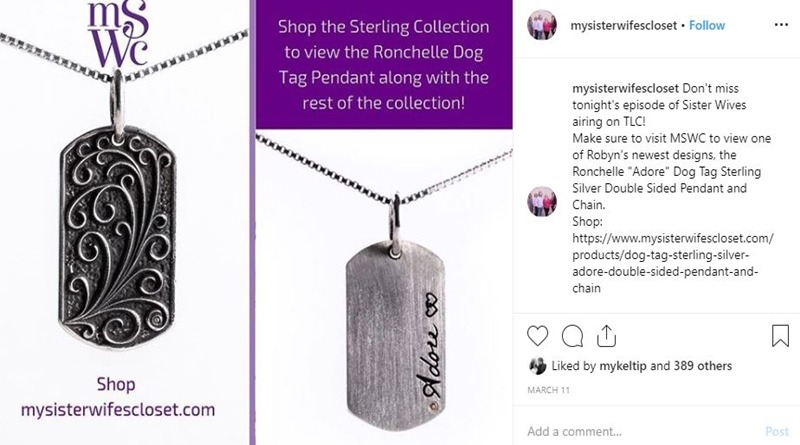 Sister Wives fans know that the Brown family runs an online store called My Sisterwife’s Closet. Lots of fans of the show would love to buy Mother’s Day gifts from them, but it seems it’s too late now as the store’s been shut down for weeks. The last time they updated the store posts on Instagram was back in mid-march. Radar Online speculated this might be as they suspect some financial troubles for the family. Whatever the problem, it seems sad that this year My Sisterwife’s Closet missed out on Mother’s Day sales.

Sister Wives started their My Sisterwife’s Closet years ago

The My Sisterwife’s Closet online store started years ago. In fact, the very first Instagram post about it showed a replica of Robyn Brown’s ‘Roots of Life’ broach. Actually, it really looked a bit pagan, and people who tried to purchase it complained the checkout system didn’t seem to work. Maybe they just posted it as a sample, rather than as a product you could buy. Anyway, that got posted up in February 2014.

Five years later, the site got closed for “maintenance.” On the site, when you go in, a pop-up notifies visitors that they’ll be back soon, and encourages people to sign up for their newsletter in the meantime. It also notes that the site’s getting updated. However, judging by their last Instagram post in mid-March this year, nothing’s happening “soon.” People started asking them online when MySisterwife’s Closet‘s opening again. 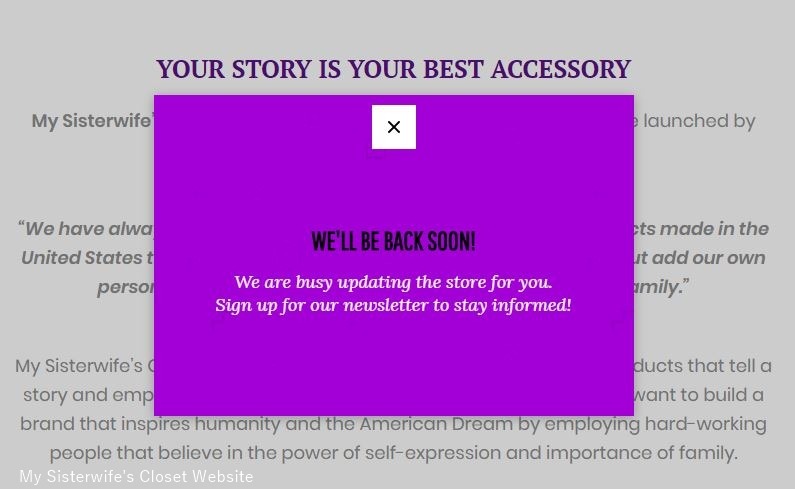 Mother’s Day sales across the country spike as May comes along, so losing those sales could mean problems for the Brown family. Maybe they just can’t afford new stock? Radar Online speculated on that, noting it may tie into the Flagstaff move. They wrote, “According to the Arizona Corporation Commission, the business is still active. Robyn registered My Sisterwife’s Closet on August 22, 2018.” Obviously, that came when they relocated from Las Vegas, as we saw in the latest season of the show.

When they relocated, Kody committed the family to big money when he and his sister wives bought land parcels for $820,000. Since then, they might have hit hard times with money as the Las Vegas homes sold slowly. In fact, Christine’s still failed to get a buyer. The others only sold after the prices got slashed down.

What do you think about My Sisterwife’s Closet closing for maintenance and not reopening yet? Do you think this might relate to financial hardship after the Flagstaff move? They missed the Mother’s Day weekend sales, which sound like a bigger problem than just site maintenance, after all. Sound off your thoughts in the comments below.