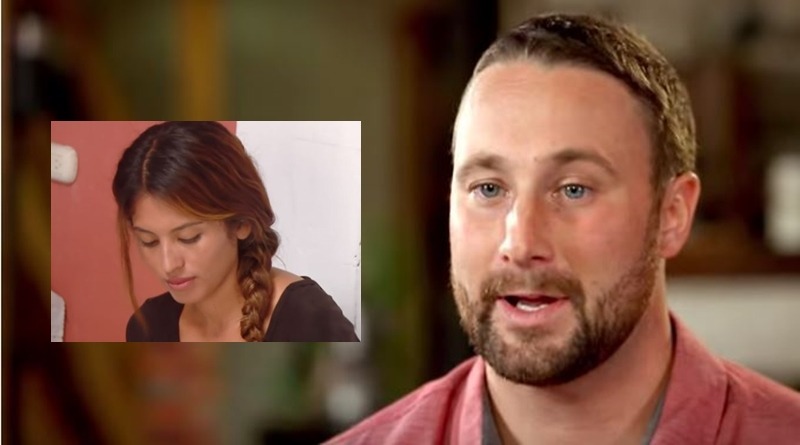 90 Day Fiance: The Other Way premieres yet another line of TLC‘s relationships series in June this year. The show, unlike the others in the 90 Day franchise, takes Americans away from their homeland to foreign parts of the world. They fall in love and need to abandon everything they know in the USA and go and meet the families in a foreign country. Do they end up married? Can they cope with the culture shock? The series is bound to attract viewers and no doubt comes with loads of drama. One of those couples is Corey and Evelin.

90 Day Fiance: The Other Way Karine and Paul Staehle the same as Corey and Evelin?

We first saw Karine and Paul Staehle in the 90 Day Fiance spin-off Before the 90 Days. Back in March, they welcomed their baby boy. In their scenes, we saw that Louisville native Paul went off to the Amazon to meet with Karine. Previously, the got to know each on a dating site, but Paul cannot afford Karine’s visa, so he ends up in Brazil. Ending up off the beaten track, it’s not unnatural that the 90 Day alums would come back in The Other Way.

On the face of it, it looks like co-stars Corey and Evelin have a similar story to tell. People reported on the various couples. In their article, they revealed that “Corey, from Mill A, Washington, first met Evelin while on a trip to her small fishing village in Ecuador.” Corey and Evelin’s relationship, now four-years-old makes Corey feel it’s time to marry. However, Evelin won’t relocate to the USA, so he has to go to Ecuador. The town Evelin lives in has almost no “running water “or “electricity.”

Despite their remarkably similar bios on TLC, Starcasm notes they really are very different. This season, the news outlet went all out digging deep into the couples. Seeing we only get first names to work with, the difficulty in finding out about the couples presents immeasurable hassles. Well, kudos to them for their results. Their take on the couple’s 90 Days Fiance: The Other Way bio, shows the TLC spin looks a bit off.

In the preview for the season, we see a fly-over of somewhere in Ecuador showing rundown housing development and no decent roads. Then it cuts to Corey who’s selling his flash car, saying, “I’m giving up everything to go to Ecuador.” The next scene shows pigs roaming around a run-down looking street lined with shops and dangling electrical wires. Wow, this guy must seriously love Evelin, as the small fishing village looks remarkably dull. However, did Corey actually “give up everything?”

Corey’s real-life bio largely glossed over by TLC for 90 Day Fiance: The Other Way

According to TLC, Corey, “already having spent tens of thousands of dollars on Evelin and her family…is fully invested in the relationship. But moving to Evelin’s hometown will mean accepting a simpler way of life, including poor electricity and no running hot water.” But, that’s not the full story by any means, and thanks to Starcasm, we know why.

They rewrote the bio, filling in the missing pieces their sleuthing revealed. Their version shows, “Corey is a surfer and adventurer who puts his film and broadcasting degree to work by traveling the globe filming cliff jumpers, surfers, and other adventurers like himself.” In fact, he’s been all over the place including extended stays in Peru. He and friends explored lots of places with exotic names and spent time in Colombia. Obviously, he also visited Ecuador and met Evelin there in her small fishing village.

Evelin and Corey feature on an advert for a seaside paradise

Evelin’s parents actually own a restaurant and Evelin works at the attached beachside cocktail bar on a beautiful coastline. Granted, the electricity, running water and poor roads are a bit of an issue. However, for Corey, that’s all part of his adventurous nature. He loves the place so much, he already bought some land there. Plus, we see them on Instagram in an “official promotional photo from the Guayas Provencial tourism board featuring the couple working at their beachside cocktail bar.,” Take a gander at the photo below, how can Corey stand it? You may well ask.

Does the couple marry and live happily ever after? It would appear so, as Cory invested in the business and bought his own land to build a home. Obviously, along the way they run into issues. After all, some drama’s always likely. But, it could be fairly noted the chances of them marrying and living happily ever after look good.

What do you think of the spoilers about Corey and Evelin? Actually, this couple could be our favorites already. Sound off your thoughts in the comments below.

Remember to check in with TV Shows Ace often, for more news about 90 Day Fiance: The Other Way.