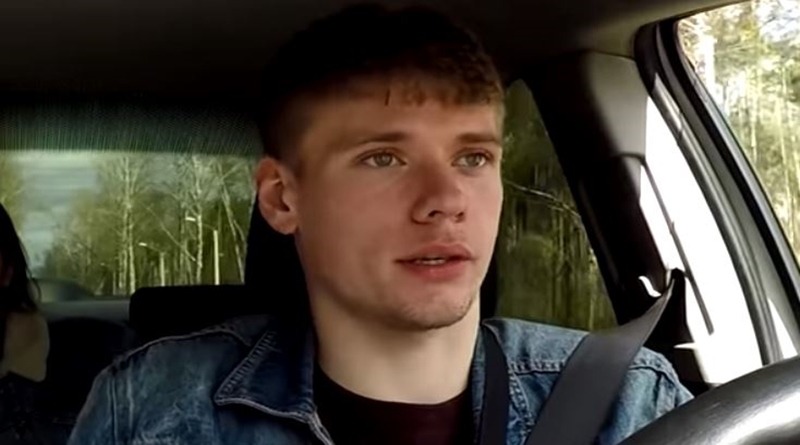 90 Day Fiance fans became confused when Steven Frend repeatedly said Olga and baby Alex, aka, Richie, were flying to join him in the USA. First, he said they’d arrive before the end of April but then changed it to May 9. Many fans of Olga and Steven became confused, some of them thought he told lies, and others have mixed reactions. This comes as the last date noted for their arrival just went by without any word. Plus, fans grow concerned about his ganja use.

Fans of 90 Day Fiance already held some mixed feelings about Steven and Olga, as he seemed very controlling. However, TV Shows Ace noted that he returned from Russia and went about preparing for life as a married man. He’s “been taking care of business, getting work, and generally preparing for life in the USA as a family man. Probably, that’s for the best as when they arrive, Olga won’t work as she’s on her K-1 Visa.”

However, 90 Day Fiance fans grew concerned for Olga and the baby all over again when he started up his ganjapreneur410 account on Instagram. It seems Steven’s big into advocating for cannabis use, and he and friends test the product. On the page, it shows Steven smoking a joint. Plus, another post showed how excited he seems about a bill that makes recreational use of marijuana sales legal in Washington, DC. Is this his new business?

Some time back, TV Shows Ace reported that Steven shared a copy of Olga and the baby’s air ticket. It showed that they expected to fly in on May 9. A new post by @90dayfiancenews said she’s on track to arrive. On Tuesday, in answer to fans confused about her actual arrival date, Steven replied that she comes Thursday (9 May). Well, Thursday came and went and there’s no big announcements of her arrival, Anyway, hopefully, something gets officially notified that they arrived safe and sound.

Meanwhile, other 90 Day Fiance fans expressed their concerns for Olga and the baby living with a man who obviously smokes dope – a lot. here’s what some of them said about it:

What do you think about Olga arriving in the USA and no announcement from Steven Frend yet? Do you think people should be concerned about his obvious use of ganja? Sound off your thoughts in the comments below.