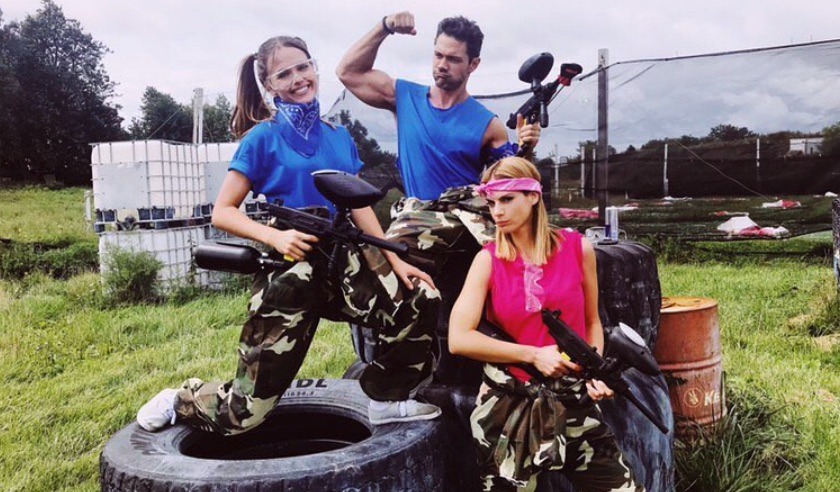 Are Ryan Paevey fans are finally going to get to see a romance he filmed nine months ago? Originally titled BFF Bride, it has now been renamed From Friend To Fiancé. It now appears that more than the title has been changed. When will fans see it?

From Friend To Fiancé

The new movie stars Ryan Paevey, Jocelyn Hudon and Kelsey Kruger. The storyline is pretty fun: Ted Cooper (Paevey) gets engaged to none other than Kimberly Kentwood (Kruger), the high school mean girl. Ted needs help to plan their wedding and enlists Jess Parks (Hudon), his childhood neighbor and best friend, to help out and be his best woman.

On the outside Jess has it together. She has a great job, terrific social circle and a great apartment in the city. But, she has not met “Mr. Right.” So it is not until she helps out Ted with his wedding that things get a bit complicated. Jess realizes her best friend understands her unusual humor. The more time she spends with him the more she realizes that she has some unresolved romantic feelings for Ted. Adding to the tension, Kimberly was  her biggest high school rival. Can Jess win Ted’s heart before he says *I Do!*?

Ryan Paevey Fans Finally Get To See From Friend To Fiancé

Originally, Super Channel Heart & Home had announced in early January that BFF Bride would air on that Hallmark platform later this year. Then, it was announced that it would air on the regular Hallmark Channel, on May 27 under a new name, From Friend To Fiancé. Even IMBD listed the U.S. release as May 27. Anyone who checked out the Hallmark schedule can see that the movie is not going to air on Memorial Day. Instead, Hallmark has officially announced that From Friend To Fiancé airing on May 25 at 9 ET/8 CT.

Poster for #FromFriendtoFiance. Hoping for some definitive news on when it'll air on Hallmark soon! pic.twitter.com/mjcRq2iVUg

It has never been a better time to be a Ryan Paevey fan. He is currently seen on the new BET drama, Games People Play. He has just completed filming Dude Ranch with WCTH star Erin Krakow. In this movie, Paevey fans get to watch him ride a horse and wear a cowboy hat. He has been playing guitar on his lunch breaks. Who knows? He may be playing a bit in the movie! This Hallmark movie is scheduled to air in August.

Fans of his Darcy movies are also thrilled that a third movie is a “go.” This is a series that has endless potential, just like the gorgeous lead.