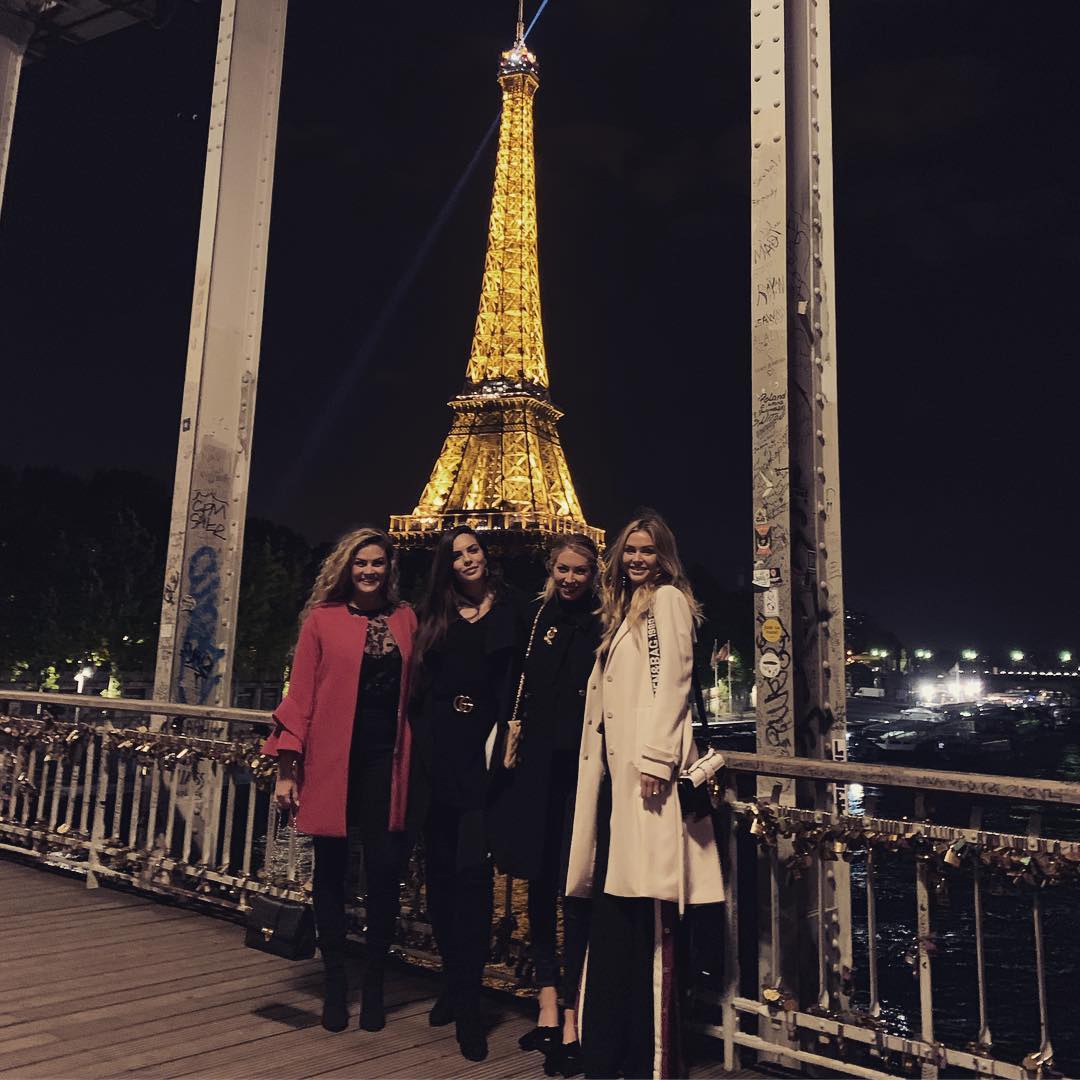 Katie Maloney-Schwartz wants to have babies, but she’s not pregnant, despite what the Internet thinks of her recent Instagram photo. Katie is in Paris with the other ladies from Vanderpump Rules as they celebrate co-star Brittany Cartwright’s upcoming wedding. Lala Kent and Stassi Schroeder round out the participants of the girls’ trip.

Katie posted a photo to her Instagram of the foursome all dolled up for a night on the town. The Internet being the Internet, rumors began swirling that Katie was pregnant. Her black dress is belted at the waist, giving the impression of a slight baby bump.

She captioned the image “Next Level of Giving Zero F–ks,” she wrote on social media on Sunday (May 5). “Best dinner with the best babes! #bestbestbestbest NOT A BABY. ITS JUST THE DRESS AND THE WAY IT PERFECTLY HANGS. But how cute will I be with a baby bump y’all!!!!!”

This isn’t the first time she’s been body-shamed for looking pregnant. Co-star James Kennedy told her to lose some weight earlier in the season. That and his previous behavior caused a rift between him and the rest of the cast, to the point of excluding him from events and getting fired at SUR.

Longtime viewers might remember a time when Lala and Katie did not get along. Lala has body-shamed Katie with James in the past. (Remember her crack about summer bodies.) Lala went so far as to say she’d shame Katie’s face before she shamed her body. Once Katie got a ride on Lala’s boyfriend, Randall Emmet’s private jet, all was forgiven between her and Lala.

It’s not out of the realm of possibility for the Internet to assume Katie was pregnant. She has been married for over two years. Both her and her husband, Tom Schwartz, have openly discussed wanting to have children. In fact, he joked about making a baby during their trip to Mexico earlier this season.

Lala, Brittany and even Stassi have all recently expressed interest in having children. Brittany and Jax often say that they will start trying for children after their wedding on June 29. Lala is planning to marry Randall later this year and wants to have children with him in the future. As for Stassi, she said she’d rather skip and wedding and go right to having kids.

The cast loves Vegas so much, maybe someone should start a betting pool over who will have babies first.

Tune in to the Vanderpump Rules Season 7 finale tonight on Bravo!

A Big Duggar Announcement Could Be Coming Soon – What Is It?
‘The Young And The Restless’ Spoilers, June 11-14: Summer Needs To Watch Her Back
OMG!!! Nina Dobrev Breaks Instagram With This Exciting Photo!
‘All American’ Season 4 Premiere Date Set, Spin-Off Held for Midseason
‘Autopsy: The Last Hours Of Sonny Bono’: Release Date, How To Watch