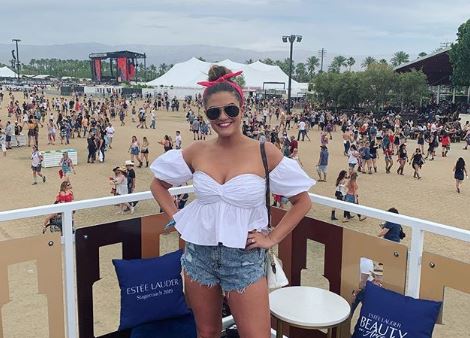 The Season 7 reunion of Vanderpump Rules kicked off tonight with Part 1 of 3. Host Andy Cohen began the evening with softball questions to the SUR cast. It didn’t take long for the reunion to deteriorate into a shouting match. Jax Taylor and James Kennedy obviously still hate each other.

However, before things went off the rails, Andy asked Brittany Cartwright and Jax Taylor about their wedding. Brittany excitedly told him that their wedding was exactly three months from that night, meaning the reunion was taped March 29. The couple’s wedding will be June 29 in her home state of Kentucky.

Amping up the drama a notch, Andy asked if they planned to sign a pre-up. Jax replied that no, he plans to be with Brittany for the rest of his life, so they don’t need one. Brittany chimed in that she’ll be with Jax forever. The collective Internet rolled their eyes in unison. It looks like they have made their mind up already.

Andy asked her the same question back in January on Watch What Happens Live:

Lala’s Fiance is Rich, In Case You Forgot

Andy moved on to Lala Kent and inquired if she will sign a prenup. She immediately replied that she plans to sign one because her fiance Randall Emmett has worked for his money for so long. This wasn’t her last implication that her fiance was better than the guys Scheana Shay or Stassi Schroeder date.

Scheana brought up that everyone else shows 100% of their lives except for Lala. Andy touched upon this himself when he said he was “bummed” that Randall’s proposal wasn’t filmed for the show. Lala basically said that Randall isn’t on the show because he’s already famous and unlike Rob or Adam, he isn’t using her to get on television.

At one point, Andy jokingly gave Scheana a hard time about how often she referred to Adam as her “best friend.” Especially after her Robsession last year where we learned that Rob could hook up a flatscreen TV in seven seconds.

According to Scheana, she’s still not dating Adam, but they are still “hanging and banging.” Even Lisa said that Scheana clearly wanted to be in a relationship with Adam, despite her constant protestations.

As for Kristen, her relationship with boyfriend Brian Carter came under the microscope during Season 7. During a wine tour trip, Stassi revealed to the other ladies that Carter doesn’t work, help with the rent or housework and that Kristen complained about him constantly. The other ladies chimed in to say that Kristen had told them similar things.

When all of this turmoil began airing on TV (the season is filmed months in advance,) Kristen revealed that her and Carter were taking a break. Well, during the reunion, Andy briefly touched on the topic by asking if Kristen was single. She replied in the affirmative without going into detail. A deeper discussion on Kristen’s relationship is likely to take place in part 2 or 3 of the reunion.

The Season 7 reunion of Vanderpump Rules airs Mondays on Bravo.