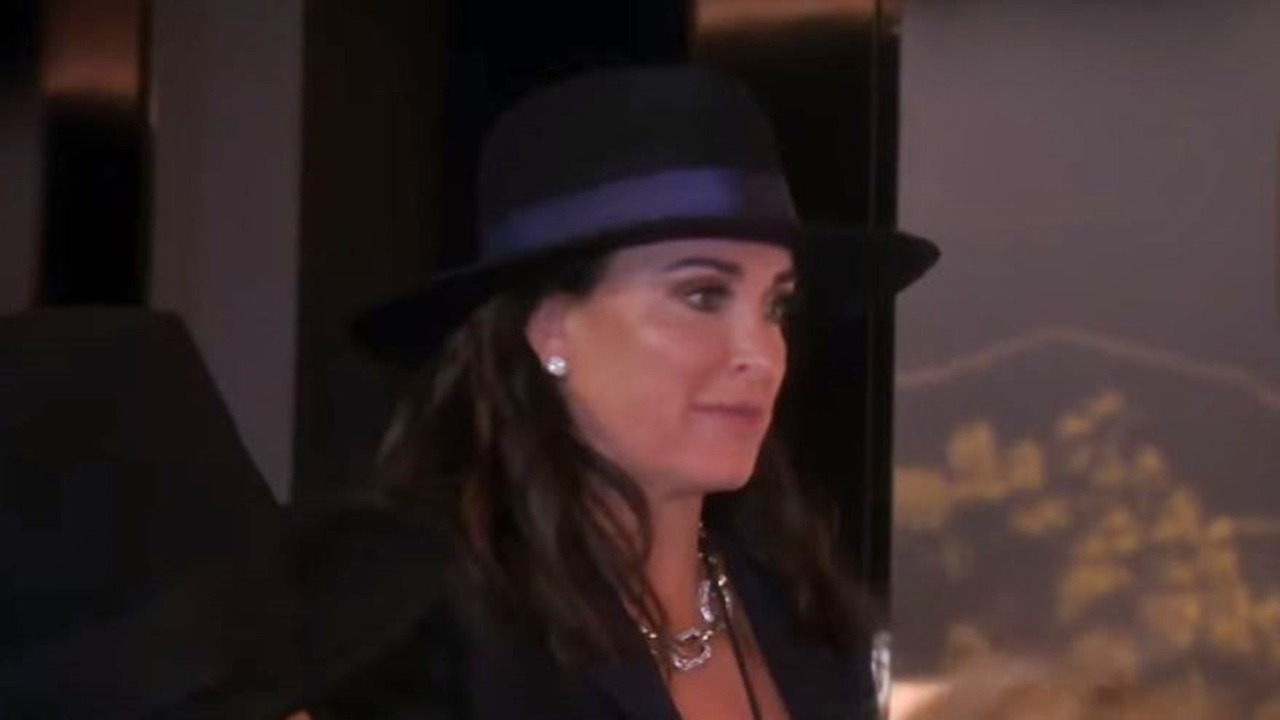 Real Housewives of Beverly Hills fans know that one famous person who follows the franchise is Chrissy Teigen. In fact, you may recall her posting on Twitter once that she’d do it, but only if she could skip the reunions. Now, it turns out Kyle Richards would simply love to see Bravo bring her in on the show. Maybe Kyle’s thinking ‘Goodbye Lisa!’

Kyle Richards spoke to Access about Chrissy Teigen and she’s very taken with her. After all, Chrissy’s super-famous and is probably the most influential follower of RHOBH. Obviously, if she came into the Bravo show, millions of built-in fans would follow her. No harm in that, and it wouldn’t be the first time Bravo benefitted from that.
Reality Tea reminds us that “Lisa Rinna had a pre-Housewives entertainment career as well.” Plus, via her Dad, so too did “Teddi Mellencamp Arroyave.” Not to mention that “Denise Richards was a well-known Bravo viewer before she joined Real Housewives of Beverly Hills.”

Bravo would be better off with Chrissy Teigen, Kyle Richards confides

Kyle’s reasoning to bring in Chrissy makes perfect sense. However, with the current fallout between Lisa Vanderpump and Kyle, maybe it’s wishful thinking. Nevertheless, she may bring some humor to the rather snippy show.  Kyle said, “Wouldn’t she be the best housewife?” Plus, she noted that “Chrissy Teigen would be the most amazing Housewife ever.”

Well, maybe not “ever,” but certainly, it looks like she’d know how to play her cards. After all, she’s an avid fan of the Real Housewives. She’s also watched the huge drama this season about ‘Puppy gate’ and like us all, wonders if the never-ending story finds a conclusion.

I will do housewives if I can have it in my contract i don’t have to do reunions. I think it would be a three part series of me crying and I can’t wear a ballgown on a couch for 12 hours

This year, fans of RHOBH saw Lisa Vanderpump looking tired, hurt, weary, and not her usual self. The death of her brother, combined with all the negativity seems to have taken their toll. LVP’s no shrinking violet, so it must cross Chrissy’s mind that the stress levels get hectic.

What do you think about Kyle loving the idea of Chrissy Teigen coming to the Bravo show? Do you think she’d be the “best ever?” Have your say in the comments below.

Remember to check in with TV Shows Ace often for more news about Real Housewives of Beverly Hills.

Why Amelia Gray Hamlin Apologizes To Her Dad Harry
‘Teen Mom’ Farrah Abraham Returns To Reality TV
Maurissa Gunn Reveals Juicy Boom Boom Room Secrets
Disney+ Day Is November 12, All The Good Stuff You Need To Know
Scott Disick Is No Longer Keeping Up With Any Of The Kardashians