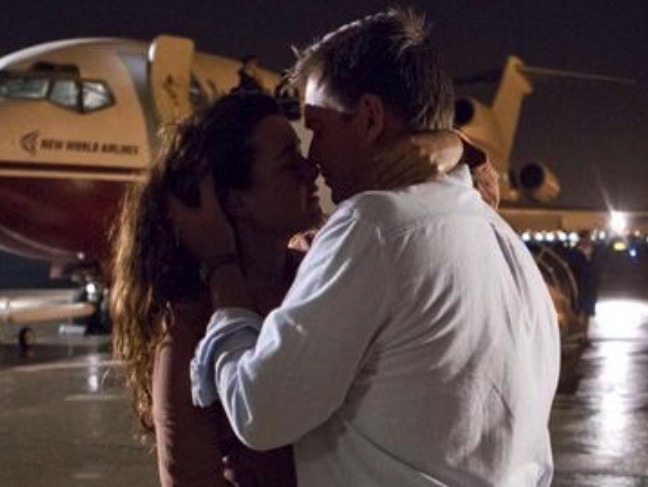 The NCIS Season 16 finale is rapidly approaching, We may be headed for a major Ziva David cliffhanger or shocker. Yet, what are the odds that fans will see Cote de Pablo actually reprise her role as the NCIS superhero Ziva David? There is possible evidence that Ziva’s story could continue without fans ever seeing her on screen.

According to a 2014 Digital Spy interview with NCIS star David McCallum, he was “shocked” at Cote de Pablo’s rapid exit from the CBS drama. The actor who has portrayed Donald ‘Ducky’ Mallard since the show’s beginnings shared that he felt “frustration and anger” towards de Pablo’s shocking exit. He shared that he did not comprehend de Pablo’s actions. He explained that she took off right before Season 11 was about to start shooting.

“I just don’t understand how a leading lady in a show that’s worldwide, who ostensibly wants to have a career as an actress, suddenly walks away from such a gem and just vanishes a couple of days before we start production.”

According to McCallum, the writers had to scramble and completely re-write the first five episodes to write her out of the show. He revealed that de Pablo really left everyone surrounding NCIS in a bad place. Cote de Pablo claimed that leaving was a tough decision. McCallum was insistent that she put them in a difficult spot. Could this mean that the powers at NCIS do not want to see Cote de Pablo return as Ziva David? Maybe not. It already seems that they are plotting a return to the Ziva David storyline, and this could happen without ever seeing the character on screen.

#NCIS star #CotedePablo was reportedly given a significant amount of money to stay on the show. https://t.co/jZfVc4TVoO

NCIS Showrunner Hints At Ziva David Story Continuing, Even If She Is Not ‘Present’

NCIS co-showrunner Steve Binder hinted at what was next for the Ziva David storyline. Speaking to TVLine, Binder confirmed that they are not going to hint and then abandon the Ziva storyline, now that Ellie Bishop (Emily Wickersham) has uncovered the truth about Ziva.

Yet, he didn’t seem to even entertain the possibility of Cote de Pablo returning to the show. Bringing back the Ziva storyline, Binder explained, could happen “Under the right circumstances.”  He said that this storyline “could definitely be explored.”  Binder further shared that they want to give fans what they want. You know the fans want her back again.

The idea that Ziva is alive could lead to some great storylines. He did say something that hinted that we won’t be seeing Cote de Pablo despite a return to Ziva storylines. He revealed that Ziva could be back “even if she’s not necessarily present.” That does not really sound like we will be seeing her on tv anytime soon. Because of this fans can’t even think of what will happen if they go on without her.

Theories on What Happens Next

Since the episode “She,” there have been many theories of what could happen next to Ziva David. Yet, all of them included the return of actress Cote de Pablo. This brings us back to David McCallum’s five-year-old interview. In this interview, it appeared that Cote de Pablo left CBS in the lurch. Did Cote burn her bridges so badly that fans are never going to get what they really want, the return of Ziva David? Hopefully, that isn’t the case.

Do you think we will see Ziva David back on NCIS? Will we ever find out the real story of what happened to Ziva that made her fake her death and go into hiding? Please share your opinion now what you think is next with Ziva Davi.

Be sure to come back to TV Shows Ace for more NCIS. NCIS airs on Tuesday nights on CBS. Make sure you don’t miss new episodes.

Teresa Giudice & Kyle Richards Post Selfie Teasing Peacock’s ‘RHUGT,’ So Why Is Teresa Is Getting All The Attention?
‘Bold And The Beautiful’ Weekly Spoilers: Steffy Hangs With Liam, Sheila Has A Partner In Crime
Jeremy And Jinger Vuolo Dragged For Using Daughters As ‘Props’
‘Little People, Big World’ Fans Tell Jeremy Roloff It’s Time To ‘Get A Job’
Netflix ‘Another Life’ Season 2: Release Date, Trailer, What We Know