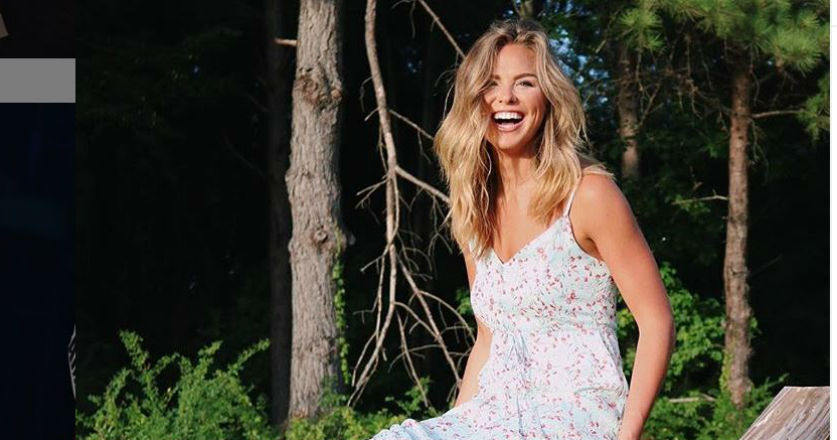 The Bachelorette will be kicking off the 2019 season in a few weeks. As airtime gets closer many fans are wondering who Hannah Brown will have as options. With over 30 men this season, Hannah will have a lot of choices. Below are three of Hannah’s contestants. These three seem to be favorites.

Connor’s mother is famous in Chicago

Connor Jenkins is 28-years-old and originally from Chicago, Illinois. He currently lives in Newport Beach, California. Reality Steve listed partial bios and photos for all the men on his blog, however, not much is known yet about Connor.

Steve did reveal Connor’s mother, Nancy Loo, is famous in the Chicago area. According to Steve, Nancy is a TV reporter for WGN in Chicago. His mom is apparently known for the phrase, “Don’t be stupid.”

Peter Weber is another contestant on The Bachelorette

Steve also revealed Peter Weber as another contestant on The Bachelorette trying to win Hannah’s heart. He is 27 and from Westlake Village, California. There is not much information on Peter just yet.  Although, one can assume he is a pilot based on his Instagram name of Pilot Pete. His profile picture also looks like Peter is a pilot. Hopefully, he doesn’t act like the past Bachelor pilot Jake Pavelka.

According to Steve, Peter’s Instagram profile was also set to private in mid-March. This left very little to learn about Peter. His bio on Instagram is simple and says, “Catch me if you can.” Fans will get to know more about Peter as the show kicks off. Because of him being an early favorite, everyone will be watching him.

One of the men is from Alabama

Garrett does have Twitter and Instagram, but unfortunately, both have been set to private. However, Reality Steve was able to get a few photos of him.

Who is a predicted front-runner for Hannah?

Spoilers ahead.  With a huge selection of potential husbands to choose from, there is one in particular Reality Steve thinks will be a front-runner. Luke Parker reportedly received the first impression rose.

Fans will have to wait and see if Steve is right about Luke. It is almost time to pick favorites from night one and see how far they make it on the show. The Bachelorette 2019 premieres May 13 on ABC.

Not Lindsie Chrisley’s Real Father? Todd Kills With Kindness In Response
Stream This: Lucy Lawless Back For ‘My Life Is Murder’ On Acorn TV, Preview
Is This A Sign ‘Bringing Up Bates’ Will Be Canceled?
’90 Day Fiance’ Jovi Dufren’s EXCITING Real Job See Amazing Pics
‘Sister Wives’: Did Meri Brown Get Drunk & Go Live On Instagram?