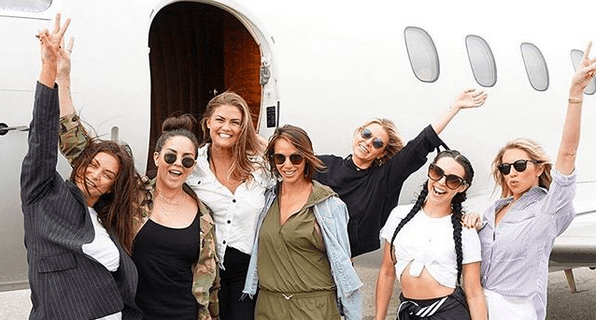 Season 7 of Vanderpump Rules is coming to a close very shortly. Soon, we will get to watch Brittany Cartwright and Jax Taylor’s engagement party. This is a big highlight of the end of this season. Of course, there is more to look forward to after the season ends. The three-part reunion for the show’s 7th season will be airing soon.

Recently, the trailer for the reunion of Vanderpump Rules was released. This gives fans a taste of what they can expect during this Season 7 reunion, which will air on Monday, May 6 at 9/8c on Bravo.

As expected, there is a lot of drama in this short trailer. We can only imagine what will go down during the entire reunion. Fans know how much can happen in a single episode of the show. With a wild season coming to an end, the reunion is sure to be a doozy. The cast definitely has their good moments together, but there’s no doubt that there’s some tension.

Jax and James’ fight in the Vanderpump Rules reunion trailer

Even though this is just a short clip of the reunion, we saw a good portion of the drama that is going to be in the three-part reunion. There’s plenty still to be seen though. It’s obvious that the cast still has some things to work through even though the regular season is nearly over.

Specifically, the trailer shows fans a fight between Jax Taylor and James Kennedy. It’s safe to say that these two stars have had some built-up emotions toward each other. They have had a few fights throughout the seasons. Well, in the reunion, this gets even more serious. In the trailer, we can see that the two guys are getting heated.

It all begins when James has a few things to say about Jax’s father who died of cancer in 2017. In response, Jax yells, “You want to talk about my dad? You and your stupid f–king girlfriend are useless!”

Pretty soon, Andy Cohen has to step in and take control of the situation. He realizes that the two guys are too fired up about this and that things are only going to get worse. Without Andy interfering, Jax and James easily could have come to blows. It’s been possible in the past, but it looks, even more, promising in this trailer.

Are you looking forward to seeing this three-part reunion? What do you think is going to happen? Let us know in the comments below!