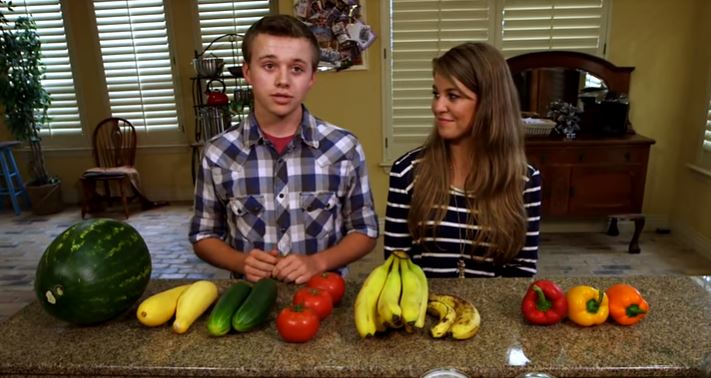 Jason Duggar of Counting On hasn’t even shared yet that he is courting, but fans are sure he is engaged. Now, OK! Magazine shared the news about why fans think something is going on. There hasn’t been an engagement announcement in almost a year from the Duggars. You know it is almost time for another one. There is a lot of speculation about Jason, but so far no cold hard proof.

Why do fans think Jason Duggar is engaged?

Jason Duggar hasn’t said a word yet about courting or being engaged. The rumors that he was courting started back in November of 2018. Lauren Caldwell has been spotted in a few pictures. She happens to be Kendra Caldwell Duggar’s sister. Kendra is married to Joseph Duggar. There could be a ton of reasons that Lauren would be around, but fans are convinced that it is because of Jason.

Joe and Kendra shared a message from their honeymoon! Click the link in the bio to see!

Jason and Lauren both went on a mission trip recently. They were standing by each other, but that doesn’t mean anything for sure. Fans assumed it did, though. Even if they aren’t a couple, there is a chance it could be happening.

Could they really be engaged?

Honestly, so far there is no proof that these two are engaged. There is a lot of talk about if they might be or not be. Fans have been right in the past about courtships and engagements before the Duggars announced them. It wouldn’t be shocking at all if Jason had a short courtship and then got engaged.

The Duggars usually make announcements when it works best for them. They could announce a courtship and then make the fans wait to see an engagement on the show. So far, Jason and the Duggars are staying quiet about all of this speculation.

Do you believe the rumors that Jason Duggar is engaged? Share your thoughts in the comments below. So far, TLC hasn’t revealed when a new season of Counting On will start or if the show is even renewed.