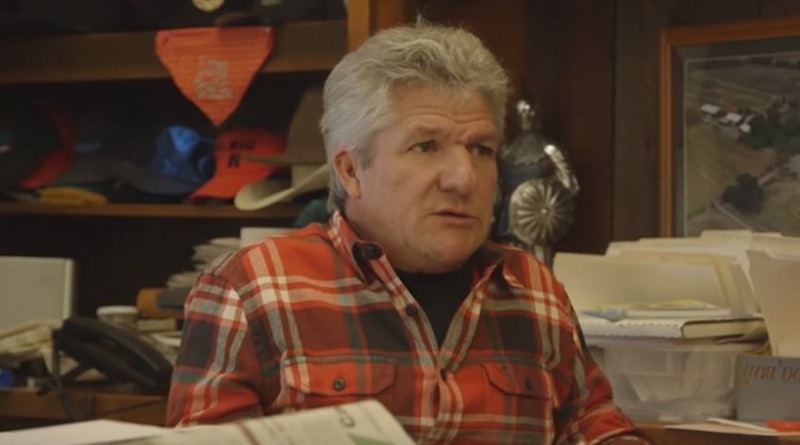 Little People, Big World is currently in a new season. Now, it looks like followers say horrid things to Matt Roloff’s family. In fact, he’s so concerned about abusive things being said that he took to Instagram to post about it. It looks like he’s getting really tough on anyone trolling his family on social media.

Ever since Amy and Matt divorced, lots of anger got directed at one or the other. Equally, Caryn Chandler saw a lot of abuse on social media. Fans either love Amy or hate her. The same goes for Matt. In fact, anyone would think the fans divorced, rather than the main people of the Little People, Big World show. Bickering and spats arise all over the place because fans take their own side. Now, it seems they direct their hate at the other family members too.

Fans recall that Jeremy and Audrey left the show, and it’s amazing how this young couple still gets the hate to this day. Faithful followers follow their podcast, but in some Facebook groups, they get hated on just for trying to share a moral life. Well, we don’t specifically know what comments annoyed Matt Roloff so badly, but it probably reached a new height. That’s because this time, he obviously felt that enough’s enough.

Matt Roloff gets tough with trolling over on Instagram

Taking to his Instagram Sunday night, Matt laid it out for followers of the Little People, Big World family. He pointed out that he manages his accounts himself, which means he’s the one who sees what’s happening on them. Now, he’s upset and not feeling all that “tolerant” at the moment. He adds, “I need to repeat I Don’t allow four letter name calling (swear words) or unnecessary mean comments about Amy, or any of my family or friends.”

It seems the amount of “mean spirited comments” are getting to Matt. He notes that he tries to catch and delete as many as he can, but “there simply isn’t enough time in [his] day.”  So, over the past few weeks, he’s just tried blocking or deleting what he can. It looks like around “a dozen or more followers” were blocked or removed. He can’t stop them from tuning in to watch Little People, Big World, but it looks like he tries his best to stop the hate on social media.

Most of you should know that I don’t have a hired gun to manage my social media accounts … everything that I post is from me directly… like everyone.. sometimes I’m in a more tolerant mood and other times not as much. Either way I need to repeat I Don’t allow four letter name calling (swear words) or unnecessary mean comments about Amy, or any of my family or friends. I can’t possibly catch and delete every mean spirited comment. There simply isn’t enough time in my day… With that said, I have banned and deleted a dozen or more followers in the past few weeks for one reason or another. Once you’re gone …your gone. I don’t have a process to have you back. I do allow spirited conversation and differing opinions especially about the show and what you see on TV because most of you are intelligent kind hearted people that understand we are a real family.. but we are sharing our life through the lens of a narrow TV camera. With that said, thank-you all (those that are still with us lol) for being so kind and warm to me and my family while we share our amazing journey thru life! “This is the day the Lord has made.. rejoice and be glad in it” Psalm 118:24. #positiveattitudsruletheday #lovelovetoyouall

Matt says that he allows “spirited conversation and differing opinions especially about the show and what you see on TV.” Actually, that’s because most people are “intelligent kind hearted people that understand we are a real family.”  But he did point out that they share their life through the lens of a narrow TV camera. Obviously, he means only small snippets get through to people watching Little People, Big World. But, he warns, if people get blocked or removed by him, that’s it. There’s no way back. “Once you’re gone, your gone.”

Next, Matt Roloff thanked those people who support him and his family. He remembers that many of them really reach out with kindness and warmth.

What do you think about Matt Roloff getting tough on trolls who say nasty things on social media? Do you think people get a bit too personal with TV people they never even met in real life? Sound off your thoughts in the comments below.