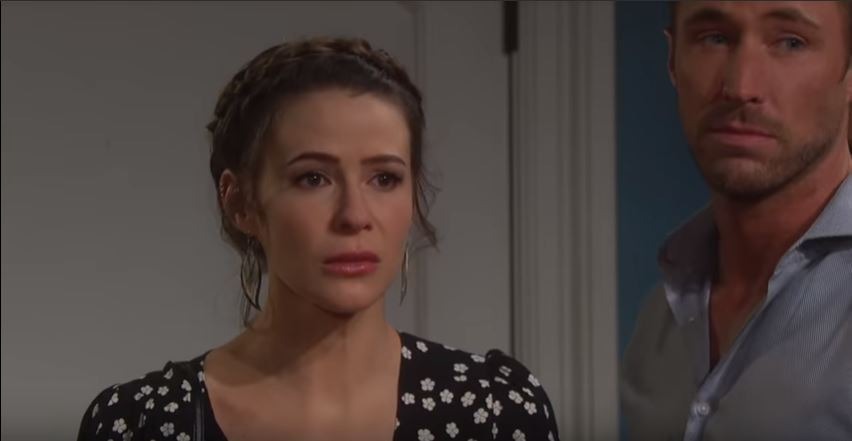 As April comes to an end, the television industry ushers in May sweeps. For soaps, that means big returns and shocking twists. Last week ended with Nicole Walker’s (Arianne Zucker) return to town after being presumed-dead following a warehouse explosion.

But Days of Our Lives has a few more returns in store for viewers this week.

The week picks up with Nicole’s return and the ripple effect it has over the town. She interrupts a moment between Sarah (Linsey Godfrey) and Eric (Greg Vaughn.) The former couple’s reunion is short-lived when Sarah returns to give them the news that Holly (Harlow and Scarlett Mallory) was kidnapped.

D.A. Ted Laurent (Gilles Marini) has been making sketchy phone calls to a mysterious person for weeks. Viewers find out this week that not only is Ted and this mysterious person responsible for Holly’s kidnapping, the person on the other end of the line is none other than Xander Cook!

Paul Telfer returns once again as Xander, nephew of Victor Kiriakis. Xander was in the warehouse when it exploded, but it was revealed a few months ago that not only did he survive, he got Jack (Matthew Ashford) out of the building.

You’ll have to tune in to see how Nicole survived the fire and where she’s been all this time. It’s safe to say that Xander kidnapped Holly to get revenge on Holly. At the end of the week, Nicole seeks comfort in old friend Maggie (Suzanne Rogers) while Rafe (Galen Gering) and Hope (Kristian Alfonso) are searching for her little girl. Will Hope find out about Ted’s involvement in the kidnapping?

Jack Pulls a Stunt During Debate

There’s yet another mayoral debate between Jack and Abe (James Reynolds.) Whatever the stunt is, it sends Sheila (Tionne ‘T-Boz’ Watkins) rushing out of town. Spoilers say Abe’s old love Valerie (Vanessa Williams) returns this week, too. Does her return have to do with Jack’s stunt and Sheila getting out of dodge?

J.J. Badmouths Jack to the Press

Jack’s chances of being mayor might go down the drain after son J.J. (Casey Moss) trashes him to the press. J.J. and Jack haven’t gotten along since Jack outed J.J.’s love interest, Haley (Thia Megia) as an illegal immigrant to help his mayoral campaign. J.J. giving the press disparaging remarks about Jack certainly won’t help their strained relationship. Without his son or Jennifer (Melissa Reeves) in his corner, Eve (Kassie DePaiva) is all Jack has left.

Claire (Olivia Rose Keegan) is miffed she has to move out of the penthouse and gives Tripp (Lucas Adams) an earful.

Gabi (Camila Banus) continues her plan against Stefan (Brandon Barash.) How far will she go?

Keep up with your favorite Salemites on Days of Our Lives, weekdays on NBC.