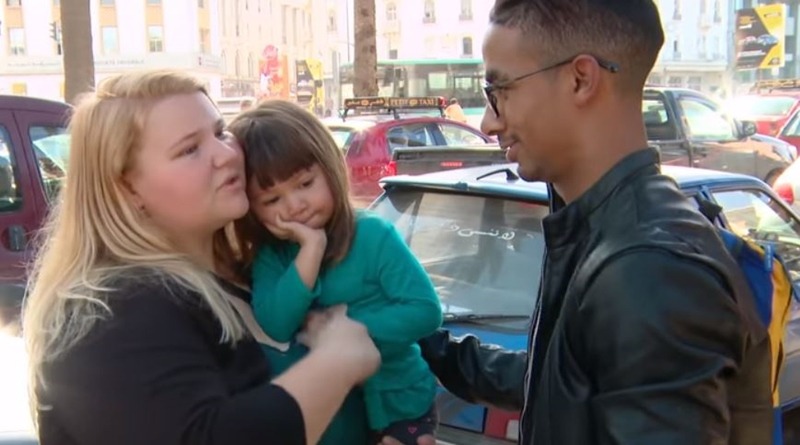 90 Day Fiance: Happily Ever After? just aired its premiere episode and now we all know about the lies over the store that Nicole and Azan supposedly owned. She said, “Even though I told my mom that we were talking about opening a store, we never winded up going through with it.” She added that a store never existed. Now, she took to her Instagram after the premier to do a Q&A and spoke about that a bit more. Plus, she revealed she’s tired of the TLC show. Could this be because Nicole just keeps coming back?

90 Day Fiance: Happily Ever After? fans grow tired of Nicole and Azan

In her Q&A on her Instagram Stories, Nicole expressed being tired of the show. However, it seems from social media feedback, she’s not alone. Fans seem thoroughly sick and tired of seeing them as well. After all, since Season 4 when they met, no wedding ever happened, and their story still drags on. Over on Twitter, lots of 90 Day Fiance fans spoke about that. Here’s what some of them said about it:

Nicole lied about the store, claims money never existed, TLC not behind it on 90 Day Fiance

In her Instagram Q&A, Nicole said in reply to questions that she does not know why she lied about the store. Just that “we suck at reality TV.” Plus, she said, “There. Was. No Money.” That was in reference to what happened to the 6k. Additionally, asked if they just made it all up, she said “Yes, basically. Sorry TLC I’m tired of y’all.” Then she added that TLC never told them to do it. Actually, when Ashley Martson and Jay were caught out in a lie about their split, she blamed TLC. At least, Nicole’s not claiming that.

Continuing the “tired” theme, she talked about the newest season of the show and why they did it in the first place. “We decided to do this season like a year ago. Then we did it and again, it sucked.” Continuing, Nicole added that she thought it might be a good season. However, she concluded, “It does not happen.” Someone asked if Nicole worries about stopping the show. After all, Azan might leave her. To that, she said she “convinced him” to do it. She hoped they’d show their real story, but concludes, “It never comes out that way.” Because of this, you have to wonder what story Nicole would like to see get out.

What do you think about Nicole and Azan telling lies on their show? Are you sick of seeing them? If they’re tired of it will you still follow them on social media if they leave?

Remember to stay in touch with TV Shows Ace for more news about 90 Day Fiance: Happily Ever After?