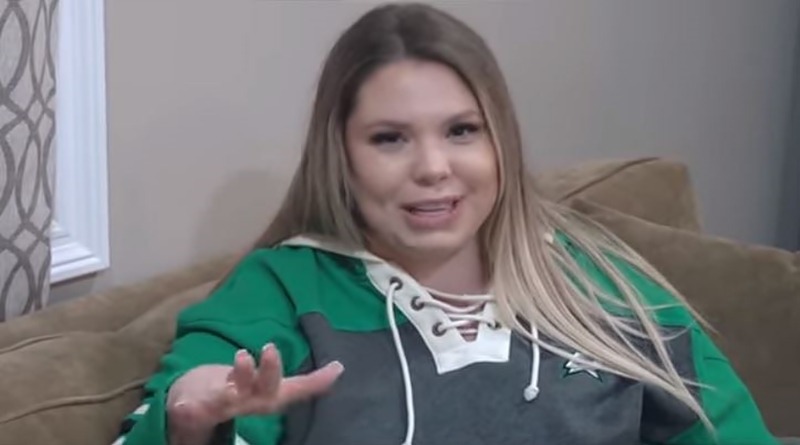 The Teen Mom tag got attached to the old Pretty Little Mamas reality show by MTV. As that ended abruptly after just two episodes, it came back as Teen Mom: Young Moms Club. Starcasm reported that the “remodeled show premiered after its sister series Teen Mom 2 on Monday night and managed to bring in only 304,000 viewers. That is more than a 30% drop!” The ratings fail got the attention of many people on social media. One of them, Teen Mom 2 star, Kailyn Lowry weighed in with her opinion.

Fans of the original Teen Mom series felt it wrong for TLC to basically align the Pretty Little Mamas story with Teen Mom.  That’s because they show the same old story with much of the old cast, doing the same thing. Many followers commented that the show just reveals teenagers having babies as some sort of “pregnancy pact.” That was not the premise of the original series of people like Kail Lowry.

Some fans liked the article by Starcasm, which pointed out the failed ratings. They predicted “we will see at least three episodes this time around. But, fans will want to prepare themselves for yet another cliffhanger premature cancellation if the ratings do not improve — dramatically.” One Tweeter, @ holl** posted, “No one wants this @MTV Now give me a new season of @AREUTHE1 and I’m here for it.” That seemed to be the sentiment of many others.

Kailyn, not to be left out, weighed in with her opinion on Teen Mom: Young Moms Club. Actually, others, like Tyler Baltierra also had their say. Kail saw the followup story by Starcasm which came out on Ashley’s Reality Roundup. First, Kailyn asked if anyone was “surprised.” Later in the thread, she also commented on something another follower posted. @Mom** wrote, “I actually interviewed for this show with me and my friends. We would have made a more real and interesting show for sure! People don’t like fake.”

Kailyn’s reply to her was, “I’m sure you would have but they wanted controlled drama

that was what they were going for. Teen mom meets the hills type of show.” Fans agreed with Kailyn, mostly. Obviously, some of them trolled on her a bit, but the vast majority were more mature than that. One fan wrote, “lol why does MTV keep trying to keep this show alive??!! Stop lol just stop

.” Another noted, “This show sucks. It’s SO FAKE! You can tell how bad they put on for the cameras. Especially the one who tries to act like she’s the leader

. @MTV PLEASE get RID of this teen mom knock off!”

What do you think of Kailyn Lowry’s opinion of the new series? Also, technically, we know it’s a rehash of the original Pretty Little Mamas, but do you think it’s better than before? Will you watch the show? Shoutout your thoughts in the comments below.