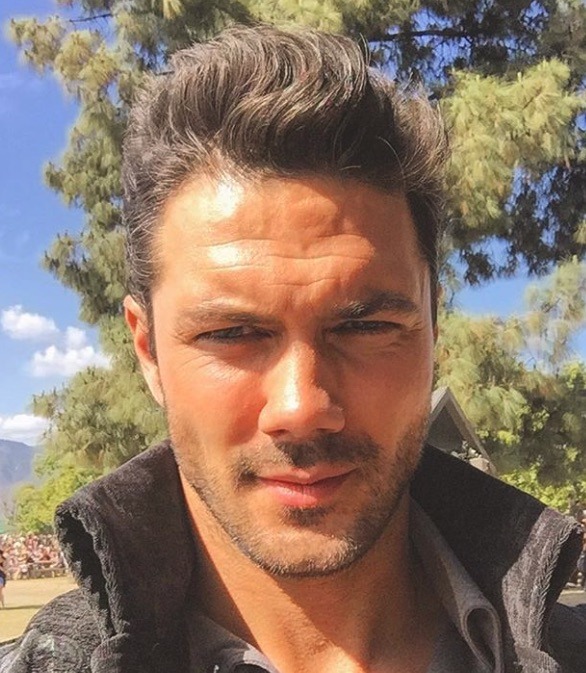 Anyone tuning into Games People Play may have been surprised to see Ryan Paevey. The former General Hospital star appeared on the new BET drama. Is this a cameo appearance, or will fans see Ryan on the series again?

Early this year, fans learned he was to appear in a new series. His agents, Justice & Ponder, had tweeted, “It’s official! @RyanPaevey is booked for another episode of a new series. More details to follow at a later date! Congrats Ryan, nice way to start the new year!” They did not identify the series, nor give any other details. Now fans know that the series they mentioned was Games People Play. There is no mistaking that the athletic jogger in the first episode is Ryan Paevey.

They mentioned that Ryan would appear on “another episode of a new series,” but they were actually wrong. Ryan tweeted in reply to a fan’s enthusiastic tweet that he was going to be in a “bunch” of episodes in Season 1 and could possibly be on the show in Season 2. Above all, this is great news for Ryan Paevey fans!

“Yep, I’m in a bunch in season one…i think it was only supposed to be a short stretch, but turned into more frequent appearances…maybe even season 2. : )”

Here is the clip of @RyanPaevey on #GamesPeoplePlay on #BET from last night if u missed it! He did a great job!! Definitely see Ryan being in more episode.. The 1st episode was really good!! Will definitely watch it.. Ryan hope your knee is ok! 🤕❤️🏃🏻‍♂️ #GamesPeoplePlay pic.twitter.com/HmiPgjnxvd

What Is Games People Play About?

Games People Play is a drama starring Lauren London, based on the book written by Angela Burt-Murray. London portrays Vanessa King, a woman who marries her childhood sweetheart Marques King (Sarunas J. Jackson). Entertainment Weekly reveals that Marques becomes a basketball sensation and a philandering husband. She is doing what she can to keep their marriage and family stable. The “sexy and stylized” has several storylines. Nia Bullock (Karen Obilo) a journalist who is trying to rebuild her “tarnished” career, and Laila James (Parker McKenna Posey), as an actress and “scandalous groupie.” There is also a creepy stalker who could murder.

Ryan portrays Bryce, a former law school friend of Vanessa’s. In their first encounter, Bryce literally fell over heels over Vanessa. Consequently, it should be pretty fun to see what Ryan does next time around!

Hey guys, been in Vancouver filming my latest hallmark project, and just learned Games People Play began airing this week. Sorry i didn’t announce sooner but was told they’d let me know when i could mention my guest arc, but alas, wasn’t told. So I am indeed on GPP. Surprise! 😅

Are you planning on watching Ryan Paevey on Games People Play? Have you already seen the first episode of the new BET drama? Please share your comments below. New episodes of Games People Play are on Tuesdays at 10 p.m. ET on BET. Certainly, this is not the only project that the former GH star is working on now. Currently, Ryan Paevey is filming Dude Ranch with Erin Krakow, which will air on Hallmark in August.