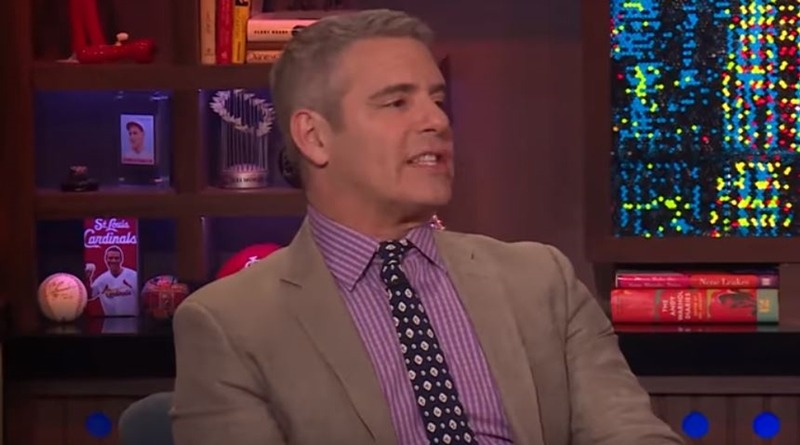 Andy Cohen’s a lot of things, author, show creator, and the host of Watch What Happens Live With Andy Cohen. Right now, he’s famous for the Real Housewives franchise. However, it seems he’s not lost touch with his days as a student journalist at Boston University. Late April 24, he proved he still manages a credible stint as a street reporter.

Andy Cohen covers a restaurant fire as a street reporter

On his Instagram stories, the popular reality TV personality popped up a report from the street. Behind Andy were some firefighters going about their business. Cohen put up a caption on his video clip that said, “This just in.” So, on the spot and doing what he does best, he started talking.

Andy, wearing a warm looking hoodie, reported, “There’s a fire in the basement of this restaurant on Greenwich Avenue by West 10th Street.” Then he made sure to note that it’s “not Rosemary’s.” Andy added, “the fire seems to be contained because I’ve been having a lot of talks with the firemen, who are big Below Deck fans.” Fans of the show recall that’s another Bravo series.

Andy says he reported for Channel 4 News, came over credible

Continuing his street report, ‘journalist’ Andy said, “everything seems under control. Anyway, thanks for all your work NYFT.” Then he signed off with, “see you tonight at 11 with local news.” Finally, he added, “Andy Cohen, Channel 4 News. Greenwich Village.”

Actually, Andy seemed like he really enjoyed being a street reporter for a few brief moments. His big smile tells us he almost cracked some jokes. However, that’s not the thing to do at a fire. For fans of Andy, it’s good to see him out and about and not in the studio.

The early career of Andy Cohen

If you aren’t up to scratch on Andy’s career, the quite accurate biography.com site says he landed his first celebrity interview with Susan Lucci in 1987 when he attended Boston Uni. You may recall her from the ABC daytime drama All My Children. After he graduated, Andy worked as a news clerk in New York for CBS News and was “assigned to the network’s morning show CBS This Morning.” Since then he moved into the sphere of NBCUniversal, with progression to Bravo. These days, he’s very popular as a social media star as well.

What do you think of Andy Cohen hitting the street as a reporter? Do you think he did a credible job on the fire in the restaurant?

Remember to check back with TV Shows Ace often for more news about Andy Cohen,