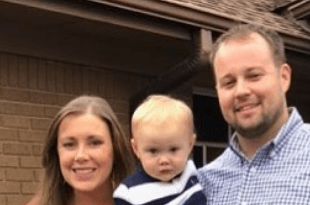 Longtime Duggar fans know that Josh Duggar has gotten into legal trouble in the past. The former 19 Kids & Counting star previously molested five young girls. Though he didn’t get in legal trouble for his, he had extramarital affairs on the website Ashley Madison several years ago. It’s safe to say that he doesn’t have the cleanest history.

He didn’t end up facing justice for molesting the young girls. His wife, Anna Duggar, also remained married to him after the news of the affairs was released. Fans were thinking that the couple would split up after that. Over the years, it seems like he hasn’t had any consequences for his wrongdoings. In 2015, he did stop appearing with the Duggar family on TV.

Well, Duggar’s past of getting off easy isn’t helping him anymore. It looks like he’s going to be facing the consequences for his actions. Currently, Duggar is dealing with some new legal issues over stealing his neighbor’s land.

Because he is fairly wealthy, especially when compared to his neighbors in rural Arkansas, he has an advantage. Not to mention, he is somewhat of a celebrity. This puts him in a position of power.

This new lawsuit began when Duggar bought a five-acre piece of land from Edward L. Lewis. Now, Lewis’ cousin, Carl Echols, is suing Duggar. Lewis originally sold the land to Echols in 2006 for $17,500. Just a couple of years ago, Duggar bought that property from Lewis for just $1,000.

It’s pretty clear that something isn’t right with the story. Lewis didn’t have the right to sell the property because it didn’t belong to him. Echols, who is the real owner of the land, has been paying property taxes on it for ten years. Plus, he lives on the property.

Now, there is a chance that Duggar didn’t know the whole story and that Lewis didn’t actually own the land. Duggar fans are saying that it would have been wise for him to look into the details and see who really owned the property. This can be done very easily online. According to Echols, Duggar failed to do a “full title search of the property.”

To deal with this problem, Echols has chosen to sue Duggar and his company, ALB Investments, LLC. Echols is also suing Lewis for fraud and breach of contract. It looks like Duggar will be going to court to get this settled.

What do you think about this new lawsuit that Josh Duggar is facing? Let us know in the comments below. Check back for more Duggar updates on TV Shows Ace!