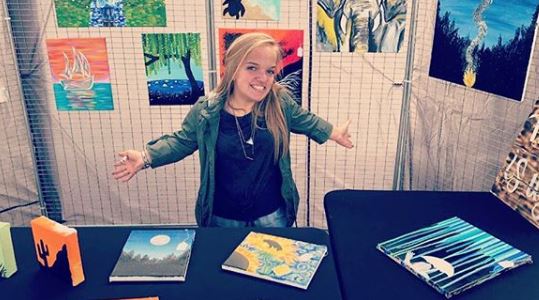 7 Little Johnstons fans saw this week that Elizabeth Johnstons’ parents really want her to find a little person to date. They explained that someone who is like you can understand what you are going through a lot better. That doesn’t mean that she will fall for the kind of person her parents want her to, though.

Elizabeth Johnston has a boyfriend

Elizabeth Johnston of 7 Little Johnstons does have a boyfriend from checking out her Instagram page. She is constantly posting about the same guy and he is a normal sized man. She looks very happy in the pictures that she has shared of them together.

He got the strikes🎳 I struck the pose😉😂 #hesmokedme

Elizabeth also went to prom with him. She shared pictures of them together and then also revealed that this is going to air on the finale of 7 Little Johnstons. The fans will get to see her prom date and boyfriend at that time. There are a few pictures on her Instagram.

This was Elizabeth’s junior prom. Her dad tried to talk her into going with a group of girlfriends instead of a date. He even offered to pay for their limo and dinner, but she wasn’t feeling it. Instead, she already had her eyes on someone and wanted to have a date for prom.

Her last post with him was at the start of April. You can assume this means they are still together. She also has a “B” with a heart in her profile. If the two were over, she more than likely would have removed that. Elizabeth doesn’t tag him in posts, which makes it hard to figure out who her boyfriend is or any details about him until he is on the show.

Do you think Elizabeth will end up getting married to a little person like her parents want? Share your thoughts in the comments section below. Don’t miss new episodes of 7 Little Johnstons on Tuesday nights on TLC. You don’t want to miss checking out the rest of this season.