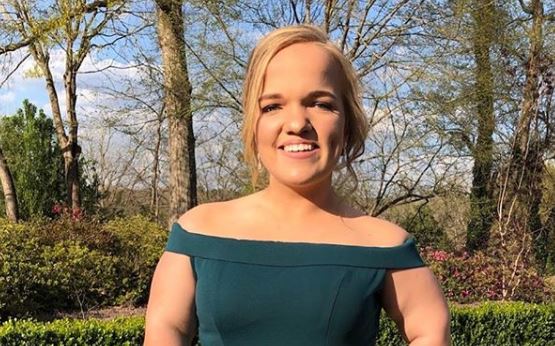 On this week’s new episode of 7 Little Johnstons Elizabeth Johnston talked about how well her online business is doing. She does a lot of various art projects and is listing them online for sale. The online store is actually on the popular website Etsy.

Elizabeth’s Etsy store is really busy and she actually has trouble keeping things up on it to order. It is called Liz Art Co. and she already has 156 sales on the site. This is a great way for her to earn money without going out and getting a traditional job. Elizabeth can have her own money by doing something that she loves.

Right now after talking about the store on the show, Elizabeth’s artwork store is completely empty. It looks like she is going to have to get to work and get a few more things up on the site. The store has been open for a little over a year now. After that amount of time, she is learning what people like to order and probably has a better chance of selling anything that she lists on the site. Most of her items have been paintings, but she has also sold a few clothes and jewelry.

Update on how Elizabeth is doing

Last year, Elizabeth Johnston was going through a rough time after a breakup. Now, she is doing a lot better. She has been working really hard on staying in shape and even doing a 5K. With a new boyfriend in her life, it looks like Elizabeth is doing well and is happy. You can get more updates on new episodes of the show each week.

Have you ordered from Elizabeth or plan to? Share your thoughts in the comments section below. Make sure you don’t miss new episodes of 7 Little Johnstons on Tuesday nights on TLC. Don’t miss the rest of this season of the show.