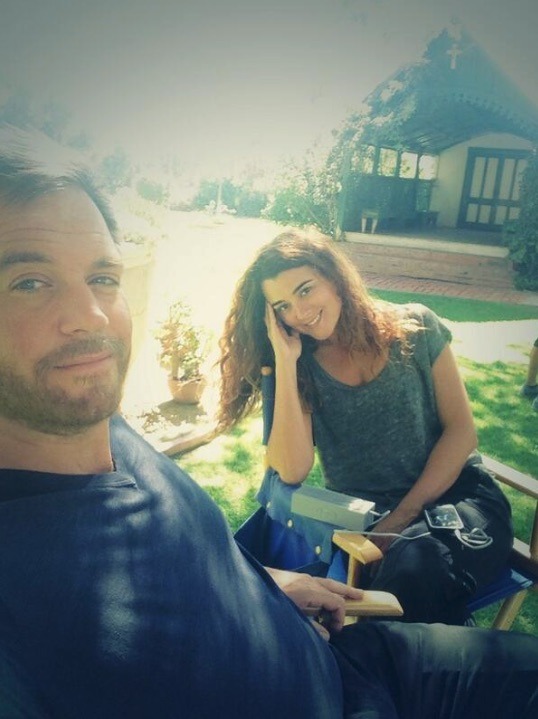 As NCIS Season 16 comes to a close, will  fans finally learn what happened to Ziva David? There are indications that the season could end with an explosive cliffhanger that makes everyone aware that Ziva David is alive, and has been living not far from them. What do we know?

Are We Headed For The Return Of Ziva David?

NCIS writers now seem to be reminding fans that there is a mystery surrounding Ziva David, with small breadcrumbs each week. This all started out with the shocking episode entitled “She,” that aired in February. Since then, we have learned that someone needs to clean out Ziva’s old office. Gibbs (Mark Harmon) was going to do it, but it seems that he was too close to the situation. He kept avoiding his duty, breaking one of his rules.

So, instead, off screen, Bishop (Emily Wickersham) has been cleaning things up. For example, she fruitlessly tried to revive Ziva’s dead green houseplant. Then, Ellie decided to keep the office for her own. One possibility is that Bishop wants to be closer to Ziva, or even help Ziva out. Clearly, Ziva is always on Ellie’s mind.

Could Ziva David return to NCIS? Co-showrunner, Steve Binder, seemed pretty bent on telling fans that something “interesting” will happen with the Ziva storyline, not just give hints that the fan favorite was really alive. He told TV Line, “But like anything, we don’t just want to tease the tease. If we do pull at it, we’re going to have something interesting behind it, and not just keep doing the same beat over and over again.”

Does this mean that Cote de Pablo would be returning to the CBS show? Not necessarily. Binder explained that as it has been several years since Ziva was on the show, and the mystery of the time since the news of her death could provide “fodder” for some interesting storylines. He pointed out that this could happen “even if she’s not necessarily present.” Will Ellie research some of the possible cases that Ziva worked on and figure out what Ziva did? Or perhaps do a little leg work and investigate some of the cases that Ziva was unable to solve because she is in hiding?

NCIS Wants To Give The Fans What They Want

Binder insists that their goal is “think about what the audience wants to see.” Obviously, Ziva David is the character fans loved the most. Whether Cote de Pablo will revisit her role as Ziva David, or that Ellie, and perhaps other members of the NCIS crew, start to unravel what happened to Ziva, fans will want to see a reunion between Ziva and Tony. Will fans get their wish? Steve Binder has made it clear that they want to bring fans the stories that they want, but can they make this ultimate reunion happen?

It has been years since Cote has been on the show, and Michael Weatherly has his own career in Bull, the CBS that he stars in, but is on the renewal bubble. If they can reunite Tony and Ziva, and successfully surprise fans, it would be quite sensational. Starting April 30, the final four season episodes will begin to air, ending the season on May 21. Tuesday nights have not been this exciting in a very long time.

How do you think the Ziva story will progress this season? Do you have a theory of whether we we will see Ziva David back on the show, or if we will find out what really happened to her? Please share your opinion now what is next with Ziva Davi. Be sure to come back to TV Shows Ace for more NCIS. NCIS airs on Tuesday nights on CBS.