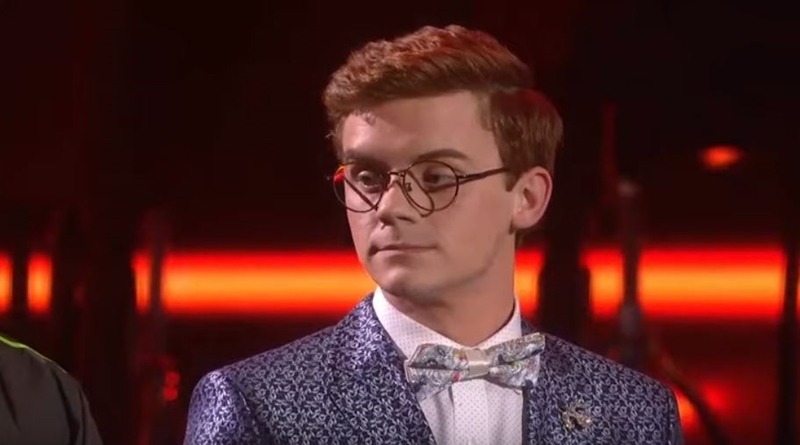 American Idol fans know that competition’s stiff on the ABC show, especially for those in the Top 8. However, that does not mean the talented artists don’t make good friends with each other. It certainly looks like Laine Hardy and Walker Burroughs share the good times together. In fact, Walker even played ‘mom’ to Laine over his eating habits.

Over the Easter holidays, fans of American Idol saw both Laine Hardy and Walker Burroughs put it out there. Laine came out with a foot-stomping rocking version of Oo-De-Lally from Robin Hood on Disney Night. The competition was very tight as all the performers did so well. Meanwhile, Walker performed on the piano and brought his own magic to When She Loved Me from Toy Story 2.

Laine got through to the Top 8 and for a change, he didn’t need to sit on eggs shells for too long. This time, he got called first as voted in by nationwide America. He then sat and watched the others going through the tense moments. Walker tried to look calm, but his tension showed as his eyes grew wider and wider with each contestant chosen. Finally, after Madison VanDenburg, Alejandro Aranda, and Jeremiah Lloyd Harmon, Walker’s name got called out.

Laine Hardy and Walker Burroughs celebrate the Top 8 together

Later, over on Instagram, Walker shared a Story of him and Laine ecstatic at their achievements. Via Radio Disney, Walker said, “Hey guys, it’s Walker here…and Laine, we just made it through Disney Night in American Idol.” Laine stepped in and said, “the Top 8!” Plus he added that his “favorite part of [the night] was watching Walker.” Then Walker acts like shy and tells Laine to “stop it.” Actually, they look like they made good friends with each other.

Since the show, luckily for American Idol fans, both artists had their Meet Your American Idol 2019 Top 8 Finalists segments screened. In his, Walker said he’s documenting everything in his journal. He also pointed out he can’t “really talk about sports or cars,” adding that he can knit though. However, he found his place with music. Now, you have Laine Hardy who played sport at school and just loves “burnin’ gas.” It looks like their mutual love of music is enough for them to enjoy each other’s company.

Later, Walker took to his Instagram again, and this time he shared a short clip of Laine looking way exhausted. He’s sitting hunched over what looks like a giant mug of coffee, with a fork in his hand. You can see the short clip below. You hear Walker saying “Laine, it is 8.30 in the morning. That is not breakfast,” then he laughs. Walker pans the camera lens to what Laine’s feasting on. He’s lifting something on his fork and munching it down after dipping it in his mug. And, it turns out he’s so tucking into a big box of Oreos. Laine looks a bit shy and it seems he’s loading up on sugar as he says he’s “tired.”

Sometimes we forget how young these performers are. Isn’t that such a teenage-boy thing to do? What do you think about Walker Burroughs and Laine Hardy being friends as well as competitors? Do you think it’s cute the way Walker played ‘mom’ to Laine? Have you ever eaten a box of Oreos for breakfast? Sound off your thoughts in the comments below.

Remember to stay in touch with TV Shows Ace for more news about American Idol.