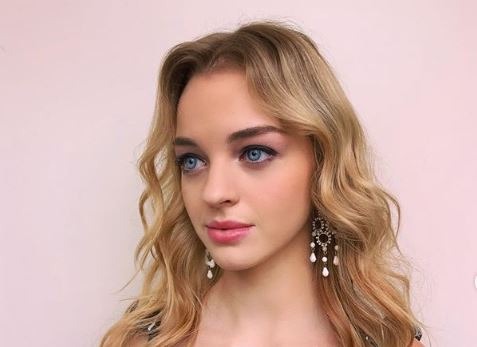 If you need a break from filing your taxes this week, take a day trip to Salem, USA and visit your favorite fictional soap opera characters. What are they up to this week on Days of Our Lives?

Last Friday’s cliffhanger ended with Claire (Olivia Rose Keegan) bursting into the loft right as Tripp (Lucas Adams) and Haley (Thia Megia) were about to be married. Viewers know that Claire has been secretly recording Tripp admitting that the marriage is fake. Her first recording was mysteriously deleted, but now she has another one.

Will she use the recording to torpedo the wedding or forever hold her peace?

It’s impromptu wedding season in Salem! Jack (Matthew Ashford) is marrying Eve (Kassie DePaiva,) despite Jennifer’s (Melissa Reeves) best attempts to talk him out of it. Jennifer pulled a card out of Jack’s old playbook and kidnapped him using a smoke machine and a firefighters suit. Unfortunately, she couldn’t pick him up over her shoulder and escape on a firetruck.

After some amazing flashback scenes from the 80s, Jennifer opened the locked storage room and told Jack he could stay and try to regain his memory or go marry Eve. Despite remembering the name “Loretta,” Jack left and headed to the Town Square for his wedding/campaign rally. (Loretta was the name of the ship during the Cruise of Deception storyline.)

When Jack and Eve arrived at the wedding, Jack’s sister Adrienne (Judi Evans) talked them into letting her officiate. She had a twinkle in her eye the entire time, letting viewers know she was up to something.

Whatever her plan is, spoilers indicate that Jack finds out and gives Adrienne an earful. Tune in to find out if he goes through with the marriage to Eve or if Adrienne manages to pull a fast one.

The cartel that’s after Chloe (Nadja Bjoran) is back in Salem. Gabi (Camila Banus) and Ciara (Victoria Konefal) have the bad luck of being at the DiMera mansion when the cartel busts into the house. Gabi and Ciara are kidnapped yet again.

Will Ben (Robert Scott Wilson) and Hope (Kristian Alfonso) be able to put their differences aside and save Ciara?

Hostage Gabi is able to send Rafe (Galen Gering) a text that she’s in danger. Rafe rushes to the mansion but is hot before he can rescue Gabi or Ciara. How will Hope react to her estranged hubby being injured? Is her admirer, Ted (Gilles Marini,) in cahoots with the cartel?