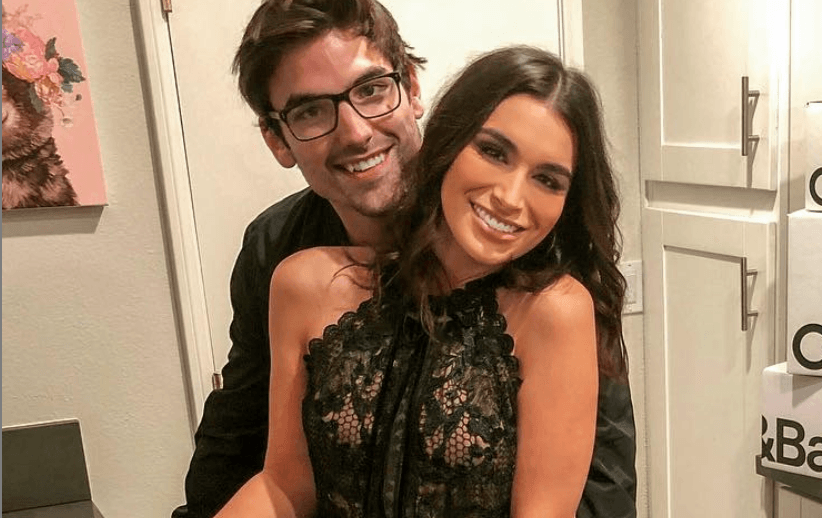 Bachelor Stars to be in Ashley and Jared’s Wedding

So which star will be in the wedding? According to Us Weekly, Ashley says it will actually be two of them. Nick Viall and Dean Unglert will both be in Jared’s wedding party.

Those aren’t the only stars that will be involved though.

“Tanner [Tolbert] is maybe officiating if he can make it in time,” she said. “Depending [on] when the baby is born, Tanner will officiate. Jade is in my bridal party if she can come, but that’s really up in the air.”

I got my first call from Bachelor casting 5 years ago today! It was 9 months after I sent in my audition tape. My friends were convinced I was playing an April Fools joke on them when I told them the exciting news. Amazing what that April 1st phone call led to…P.S. This is from our first date in BIP2.

Not only will there be a Bachelor Nation studded wedding party, but also a special musical guest there. Talk about exciting! Knowing Ashley it will probably be somebody amazing.

We don’t know who it is, but we do know who it isn’t. Ashley let us know that it won’t be The Backstreet Boys. Honestly, that’s pretty tragic but oh well, it will probably be someone else amazing!

According to Us Weekly, it’s the groomsman that actually caused Ashley’s real first bridezilla moment. Every bride has to have at least one!

Of course, it was all over what they should wear. Clothes can be pretty stressful after all. Apparently, he wasn’t sure if the party should wear tuxes or suits. Ashley was team tuxes all the way. Good choice, Ashley.

“[It] was a couple of weeks ago, when Jared wanted to offer the option of suits or tuxes to his groomsmen,” she said. “I was like no, they’re wearing tuxes!”

That’s a pretty star-studded wedding party! It will probably be an amazing ceremony and an even better reception.

Who do you think will sing at Ashley and Jared’s Bachelor wedding? Let us know what you think they will pick in the comments! Be sure to watch the new season of The Bachelorette starting in May. They are well into filming and it sounds like its a pretty good season!

Jennifer Aniston Reveals She Is Not Attending The Emmys This Year And Why
Panicked Courtney Waldrop Seeks Advice As Eric Leaves Her Alone
‘Sister Wives’: Christine Brown Gives Robyn A Big Slap In The Face With Latest Move?
‘The Witcher’: Netflix Will Not Renew For Season 3 Without Accomplishing Milestone
How Caelynn Miller-Keyes Felt About Dean’s ‘Suffocating’ Comment