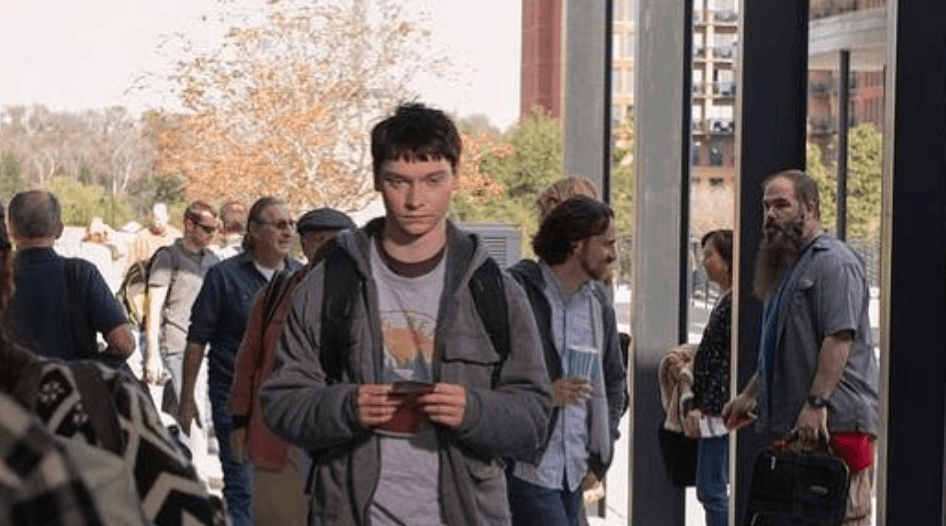 The Act is taking Hulu watchers by storm. People everywhere are tuning in to watch the unbelievable series about Gypsy Rose Blanchard and the murder of her mother, Dee Dee. This series is based on real events, and the real people are starting to talk about what they think of the series.

What Does Nick Godejohn think of The Act?

Nick Godejohn is Gypsy’s boyfriend in the show The Act. He was also a real person. He was also the person who went through with killing Gypsy’s mom. Bustle reached out to him as he serves life in prison.

He can’t actually see the show, but he did mention that no one asked his permission when it came to putting him and what he did in the show.

“As for the Series the Act I can’t comment on it truthfully because I’ve never seen it and well quite Frankly They never talked to me about making it so they may have slandered My name for it was without My Permission. That’s all I can say about that,” he wrote in the email.

Nick will do anything for the woman he loves. Find out where he's headed in Episode 5, now streaming!

The actor who plays Nick though hasn’t been taking the role lightly. According to Bustle, he did a lot of research on Nick and autism. Nick did have autism and they think that’s part of why he didn’t have an issue with killing Dee Dee.

“I wanted to paint him in a way that showed he’s a complex human and there’s a lot of layers to him … not saying that the crime wasn’t horrible, but that he’s a human after all,” Calum Worthy said.

Nick isn’t the Only One in the Dark

Nick Godejohn wasn’t the only one kept in the dark. The real Gypsy was never asked about the show either. It’s a pretty personal story, so her anger is understandable. She now has no control over how everyone is portrayed in the show. This is an issue since she was the only one there.

“I am unable to watch The Act. However, I feel it is very unfair and unprofessional that producers and co-producer Michelle Dean has used my actual name and story without my consent, and the life rights to do so. Therefore, there will be legal action taken against the show’s creators. I want to share my story and bring awareness about Munchausen by proxy, in the hopes that I can encourage those who might be experiencing abuse to speak up, because someone WILL listen. No child should ever be abused especially from their parent,” Gypsy said in an email.

The producers and co-producer have not been talking to anybody about why they kept the show in the dark.

What do you think of the new Hulu series ‘The Act’? Let us know in the comments and jump on Hulu for a new episode every week! Come back to TV Shows Ace for more news on shows like this and The Bachelor.

‘Riverdale‘ Season 5 Netflix Release Schedule: What To Expect?
Trent Johnston Whips Out His Blower To Spice Up Lunar Celebration
Jeremiah Duggar Reportedly Spotted With Rumored GF & No Chaperone
Kim Kardashian DRAGGED For Photoshop Fail In Skims Ad, Just A Glitch?
‘Siesta Key’ Season 4, Episode 5 Not On This Week & Here’s Why