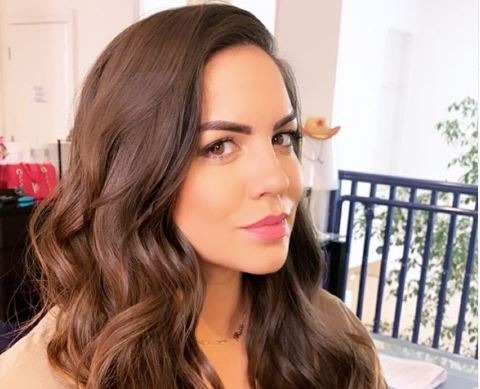 If you’re a fan of Vanderpump Rules, you know Katie Maloney and Tom Schwartz as one of the reality show’s favorite couples. Their relationship started off-screen years before Vanderpump Rules even began airing. Almost since the show started, viewers have watched as Katie pressured Tom into marrying her, even going so far as to give him an ultimatum. Tom caved to her demands and proposed. They married at the end of Season 5.

What went down in Season 6?

Season 6 was dominated by Jax Taylor admitting to cheating on girlfriend, Brittany Cartwright. It seems everyone has forgotten the multiple times Tom has cheated on Katie. The currently airing 7th season has set up James Kennedy as the villain of the group for repeatedly body-shaming and bullying Katie. It’s another hypocritical case of amnesia as everyone has forgotten how badly Katie (and Stassi Schroeder and Kristen Doute) bullied Scheana Shay during the first season and then-newcomer Lala Kent during Season 4.

I got “Cool Girl Hair” 💁🏻‍♀️ Cut and Color by @lisasatornhair

If you’ve watched since the beginning, you will recall Scheana getting ostracized for having an affair with actor Eddie Cibrian when he was still married to Brandi Glanville, who once co-starred on Bravo’s Real Housewives of Beverly Hills show. When rumors swirled that Lala was dating a married man, Katie called Lala all kinds of names. Katie didn’t ask co-star Ariana Madix to be a bridesmaid for her wedding just because Ariana was friends with Lala.

Katie’s ways over the past seasons

Katie Maloney has a history of bullying and body-shaming her husband, Tom, when they have arguments. During the most recent episode of Vanderpump Rules, the couple got in an argument. When Tom Schwartz was telling Tom Sandoval and Ariana his romantic plan to apologize, he said off-hand, “I don’t like it when Katie belittles my d**k,” and went on to joke that he has a “classic d**k.” According to Tom Schwartz, that means one of average size that isn’t too big or too small. This cued up a flashback of Katie saying to him, “Tom, your p**is is this long. [Indicates small with her fingers.] It’s a shower, not a grower.”

They weren’t even fighting at the time of the flashback. She said it as a joke out of seemingly nowhere. This isn’t the first time Katie has belittled Tom’s manhood. During an argument several seasons ago, she yelled, in public, that Tom’s p**is doesn’t work.

Tom Sandoval was right. James isn’t the bully of the show; Katie is. Do you agree or do you think that they both take things too far on Vanderpump Rules? Share your thoughts in the comments below.