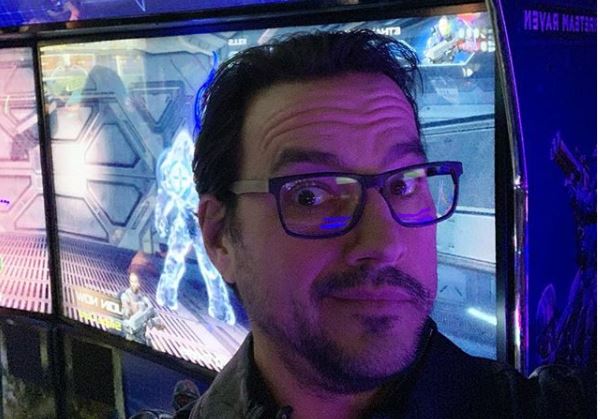 The soap opera community as a whole was surprised when Tyler Christopher took a temporary leave of absence from his role as Stefan DiMera on Days of Our Lives.  They were completely shocked a few months later when it was revealed that Tyler had decided not to return to the soap opera at all. You never know if that could change in the future.

Tyler was replaced in the role by Brandon Barash, who had played Johnny Zacchara on Tyler’s old stomping grounds, General Hospital. While the initial temporary replacement was announced back in September, Brandon’s scenes as Stefan didn’t air until mid-March because Days tapes so far in advance.

Tyler first came to the attention of the daytime community in 1996 when he originated the role of Nikolas Cassadine on General Hospital. HIs character was the nephew of soap opera legend Stephen Nichols. Tyler was nominated for his first Emmy in 1998, just two short years into his first daytime role! He didn’t win that year, but he took home the Emmy for Lead Actor in 2016, with several other nominations between 1998 and his first win. He is nominated for the 2019 Emmy in the Lead Actor category for his short stint on Days. It would be great if he got the win.

Tyler has been regarded as one of the best actors on daytime television since his debut in 1996. However, fans have often heard rumors and internet rumblings of Tyler having personal demons. He left General Hospital the first time in 1999 and had two other short stints before he left the soap for good in 2016 and started on Days in 2017. There has been speculation he could return to GH.

Tyler recently gave an interview to soap magazine Soaps In Depth giving more details about the reasons for his departure. Up until now, he had been mum on the specifics. He did throw Brandon his support on Twitter and seemed to end things amicably with the soap’s head honchos. Brandon and Tyler were both on General Hospital.

According to Tyler, when he accepted the role on Days, he moved his family from California to Indiana for financial reasons (lower cost of living) and commuted to California to tape his scenes. He confided to SID that the commute eventually became too much for him and that he had missed out on a lot of his children’s events.

Tyler says that the commute and being an absentee father became too much of a problem. He told SID, “Alcohol addiction is something I’ve battled since I was a teenager. I’ve had some amazing success with it and some really awful failures.” He went on to say that he left the show to address those issues. It sounds like he is taking care of himself.

He discussed a book that he is writing about his struggles with alcoholism. Tyler hopes he can help others by sharing his story. No word yet on when this book will be released. Hopefully, this book helps someone with their struggles.

The full interview is available in the new issue of SID. Find out if Tyler Christopher plans to return to soaps in the future. Make sure you don’t miss Days of Our Lives and General Hospital weekdays.