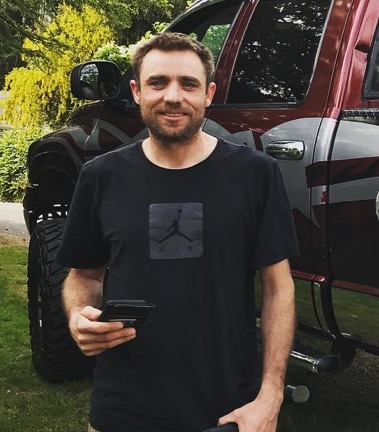 Deadliest Catch fans have been watching Jake Anderson since he was a greenhorn on the Northwestern. How much do you know about Captain Jake Anderson? Here are five things you didn’t know about the captain of the Saga.

Prior to the Deadliest Catch, Captain Jake struggled with drug addiction around 2004. Now, he tells Fox News, he is the Saga captain and his focus is on crab fishing. He joked, “There I was, a bum on the street, and now 14 years later … I’m managing a multi-million dollar company.” These are the types of stories that makes the Deadliest Catch so interesting to fans.

Captain Jake Started Out As A Skateboarder

Before his illustrious crab fishing career, Jake started out skateboarding. He told Transworld Skateboarding that when he moved to the Los Angeles area at the age of 13, he began skateboarding. Six years later, he was so good that he was skating for shops. His short-lived skateboarding career ended with a shattered ankle.

Crab Fishing Was ‘Plan B’

After Jake Anderson was finished with skateboarding, he needed to make money. What does a former skateboarder do next? If he is Jakob Venn Martin Anderson, he goes crab fishing! But, Jake didn’t start out crab fishing. He first worked on regular fishing boats grill netting and trawling. He never really intended on going crab fishing, but he claimed that his uncle told him that he “had” to go that route. Deadliest Catch fans have to love that decision. The now 38-year-old’s coming of age story has been a huge part of the show.

Recently, Captain Jake and Captain Sig Hansen of the Northwestern have been on a media blitz. The two have a natural comradery, At one time, many thought that Jake was the inevitable future Northwestern captain, but it appears that Sig’s youngest daughter Mandy Hansen-Pederson is the future captain of the Northwestern.

Recently, Jake and Sig had a Wheelhouse Roast, answering fan questions. They were asked which captain on the fleet would be most likely to cry while watching The Notebook. Jake, who is so prone to episodic tears immediately volunteered that it would be him. Surprisingly, Captain Sig claimed he would also be weeping while watching the romantic tearjerker. As Jake has often considered Sig a father figure, this revelation just seems right.

Join us for a Wheelhouse Roast live with Jake Anderson and Sig Hansen.Watch the Season Premiere of #DeadliestCatch Tuesday at 9p ET on Discovery and on the Discovery Go App.

Advice For Anyone Getting Into Crab Fishing

Tales from the Bering Sea | Hole in the Boat

You just don't say HOLE and BOAT in the same sentence.

Are you a fan of Captain Jake Anderson and the Saga? Have you been following his coming of age story on the Deadliest Catch? Share your memories and opinions in the comment field below. The Deadliest Catch Season 15  airs at 9:00 p.m., ET/PT on Discovery.