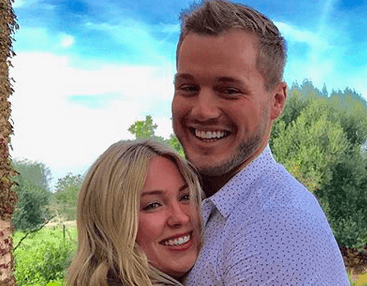 As this season of The Bachelor came to a close, Cassie Randolph and Colton Underwood decided to be boyfriend and girlfriend. They wanted to take things slow after the show. There’s no doubt that they are crazy about each other. On After the Final Rose, they shared an update and Colton said, “We’re in love!”

Let’s have date night and eat pizza every day

At the end of the season, it was pretty clear that the couple had plans to get married in the future. At this point, they aren’t engaged so they haven’t announced a wedding date. Not to worry if you’re a fan of Cassie and Colton. We’re sure they’ll end up getting married soon enough. It doesn’t seem like they will break up. When people have asked whether they will get engaged, Cassie replies, “It’s definitely something we’ve talked about.”

Is Colton Underwood shopping for a ring?

On Saturday, April 6, Colton dropped Cassie off at the hair salon. After that, he went out to shop in Los Angeles. Specifically, he was seen at Cartier Jewelers, which is a high-end jewelry store. After being in the store, he came out carrying a small red bag.

As he exited the store, he appeared to be talking on the phone. He could have been talking to anyone. Maybe he was figuring out when to pick Cassie up. There’s some suspicion that he was talking to one of his girlfriend’s relatives or friends. If he was picking up a ring, he probably wanted some help. It’s a big deal and her relatives and friends know her style best.

What happened to the Neil Lane engagement ring?

Previously, Colton had a Neil Lane engagement ring even though he wasn’t planning on proposing to Cassie at the time. This was a double halo square ring that was given to him by Jimmy Kimmel when the couple was on the show back in March. This wasn’t a ring that he had picked out for his girlfriend himself.

Since he received the ring, he explained that he didn’t order it. Apparently, it wasn’t a favorite of Cassie’s. She said, “I just have a very particular idea in my mind.” It seems like Colton understands exactly what she wants. He shared, “Cass wants a gold, simple band, with an oval-cut [stone].” It seems like he had the opportunity to trade that ring in. It’s possible that he did that, which would explain why he was out shopping for a ring.

About a week ago, John Barra shared a photo on Instagram. This picture featured himself with Colton. In the caption, he said, “Interesting Wednesday when you have to run a task for @bachelorabc winner @coltonunderwood (and yes, he’s awesome!)#NoSpoilers #MaybeMay #ItsASecret #Mallorca #Bachelor #Reality”

Interesting Wednesday when you have to run a task for @bachelorabc winner @coltonunderwood (and yes, he’s awesome!) #NoSpoilers #MaybeMay #ItsASecret #Mallorca #Bachelor #Reality

With this choice of hashtags, fans are wondering what’s going on with John and Colton. Since John is a director, producer, and casting agent, it definitely seems like the two are up to something. John mentioning something being a secret just adds to the suspense. What could they be working on? Could this have to do with the ring and a possible engagement?

Do you think an engagement is in the air? Let us know what you think in the comments below! Check TV Shows Ace for more updates about The Bachelor.