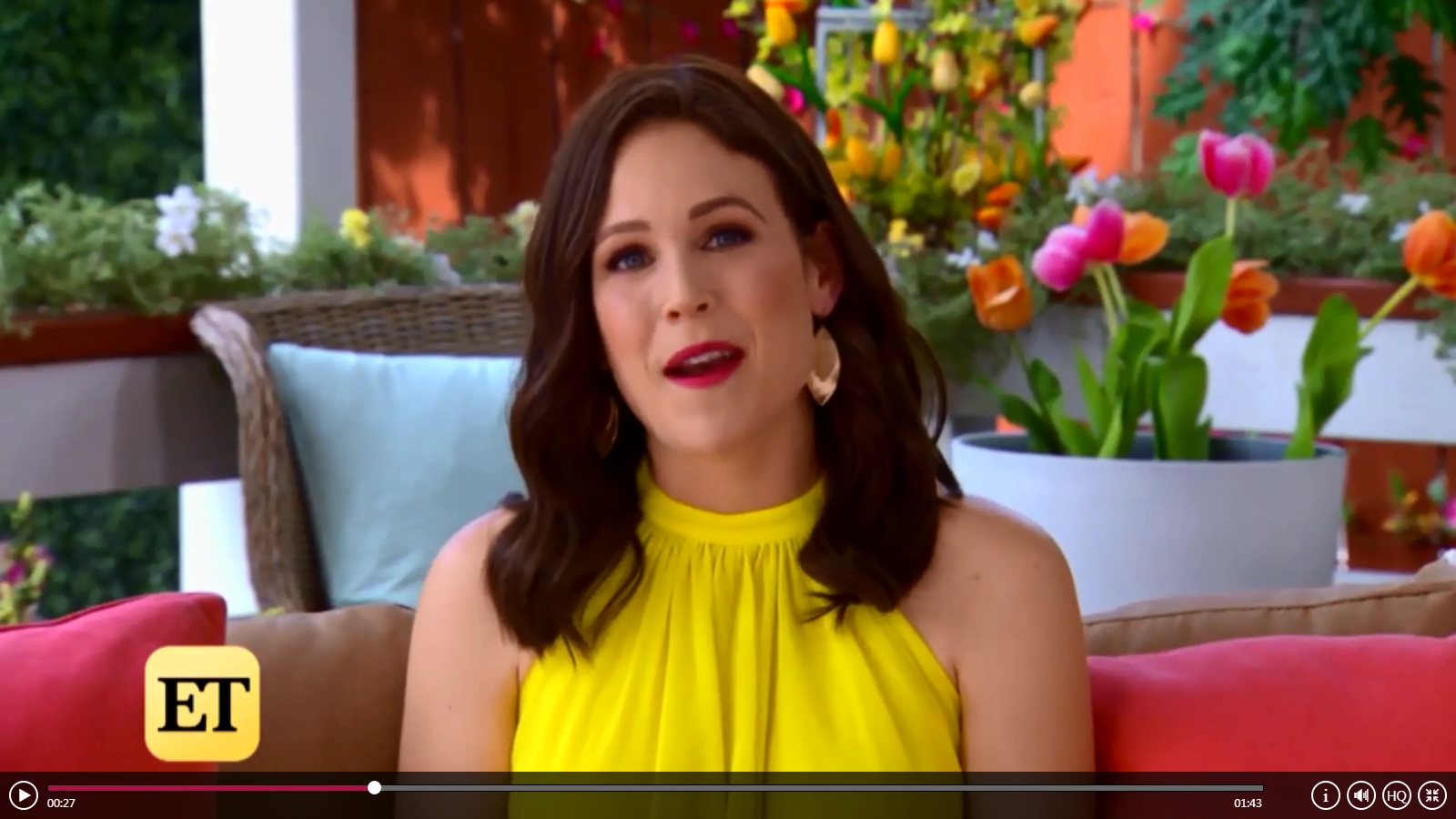 Erin Krakow is a vision of beauty and grace as Elizabeth Thornton on When Calls the Heart. Even while portraying Hope Valley’s beloved teacher far along in her months of pregnancy, the actress managed to waddle in wonderful ways.  Today, April 10, the actress was literally glowing from the inside out, and her radiance was due to the wonderful new she had to deliver to faithful Hearties. There is finally an answer about the show returning.

Better than an Easter delight

Sitting on a set that looked straight out of an Easter basket, Erin Krakow wore a brilliant yellow dress and her beautiful smile as she waved to fans and spoke the welcome news that When Calls the Heart is returning to screens big and small long before many fans thought possible.

The Hallmark Channel’s most cherished and successful series will return on May 5, and as the “something special” in Erin Krakow’s own words, Monday, May 6, will have a second episode.  MSN and other entertainment outlets broke the news. The doubleheader of episodes should be better than any Easter chocolate to satisfy loyal Hearties who have been patiently waiting for the series to resume. At one point it appeared that it might never come back.

The introductory Season 6 Christmas feature, When Calls the Heart: The Greatest Christmas Blessing, set a ratings records for Christmas Day, and the February premiere episode, Phone Rings and Heartstrings, was second only to The Walking Dead for its ratings’ share for scripted series.

Erin Krakow gushed with gratitude to fans for their devotion to the drama every Sunday night following that milestone.  She insisted that “We can’t wait to welcome you back to Hope Valley” in her closing words, before offering an extended clip as a sneak peek.

Waiting to meet the Mountie

All those faithful When Calls the Heart fans who were dismayed when the March 17 episode, Heart of a Mountie, was pulled by the network following the unfortunate fallout from Lori Loughlin’s involvement with the Varsity Blues college admissions scandal will indeed get to meet the new law and order man in town.

The snippet of the episode shows Leland Coulter, portrayed by Kavan Smith. He is getting to spend a good bit of time with Kevin McGarry as Mountie Nathan Grant.  The two join in the pursuit of some perpetrators and have the mud on their boots to prove it.   They are getting more chummy when a call from Rosemary Coulter (Pascale Hutton) interrupts.  The doting wife is none too happy to hear that her husband has been involved in such dangerous matters.  When she learns that he safe, all is forgiven.

Fans have already seen the original scene depicting Erin Kraków’s introduction to Nathan Grant as Elizabeth Thornton.  Presumably, that scene requires no reworking, so it should be shown in full.

So far, Hallmark isn’t explaining exactly what will change. It does look like they have found a way to save the show, though.

The dashing new saloon owner, Lucas Bouchard, portrayed by Chris McNally, immediately had a fancy for Elizabeth. He wanted to hire her the even before he ever knew she was Hope Valley’s teacher.  She knows the dangers of Mountie life better than anyone.

Will she allow herself to become involved with another Mountie?  Will she be further intrigued to learn about the life and the secrets that brought Lucas to Hope Valley.  One thing is for sure, not everything is as simple as it seems, in life or in Hope Valley. News will just travel faster by telephone, and present-day Hearties will be buzzing with spring delight in celebration of new When Calls the Heart adventures.