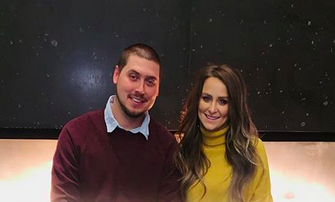 Previously, Leah Messer of Teen Mom 2 was married to Jeremy Calvert. The couple was married for three years and had their daughter, Adalynn Faith, during that time. Back in October 2018, Leah Messer did tell Us Weekly that the two were strictly co-parenting and that they wouldn’t be getting back together.

On Instagram, Leah Messer recently shared a post about herself and her ex, Jeremy Calvert. In the caption, she says, “At the end of the day, we will always be a team!” She also tagged Jeremy Calvert in the caption. The pictures in the post all featured the former couple together.

Apparently, the two were both at the taping for the Season 9 reunion of Teen Mom 2. This is where they really showed that they were committed to raising Adalynn as a team. They both seem to be on the same page. Jeremy Calvert commented on the post and said, “We r the A TEAM ‘get it’ @leahdawn92mtv

In response to this post, Kailyn Lowry of Teen Mom 2 commented, “I meannnnn I wouldn’t be mad if y’all got back together

”. Tons of fans liked this comment to show their support for a rekindling of the Jeremy Calvert and Leah Messer romance. There’s no telling what’s going to happen going forward though. For now, they seem focused on co-parenting their daughter Adalynn.

After Leah Messer and Jeremy Calvert split, she decided to give other relationships a try. She has expressed that she hasn’t been looking for anything serious. She dated Jason Jordan two different times.

On April 5, Leah Messer spoke with Us Weekly. She said, “I’ve been single for about a month.” She also mentioned that the relationship was toxic. Apparently, Jason Jordan was dealing with some custody issues, which was beginning to have an impact on their relationship. Following the breakup, the former couple hasn’t been on speaking terms.

She also said, “You don’t know who’s in it for the right reasons and who is not in it. Being on TV makes it difficult dating. I just roll with it. I’m not looking for anything.” It sounds like she’s okay with being single for now. She doesn’t seem to be in a big hurry to start dating again. This probably helps her to focus on raising her kids.

What do you think about Leah Messer and Jeremy Calvert’s collaboration? Do you see it working out long-term? Let us know in the comments below! For more updates about Teen Mom 2, check back on TV Shows Ace!