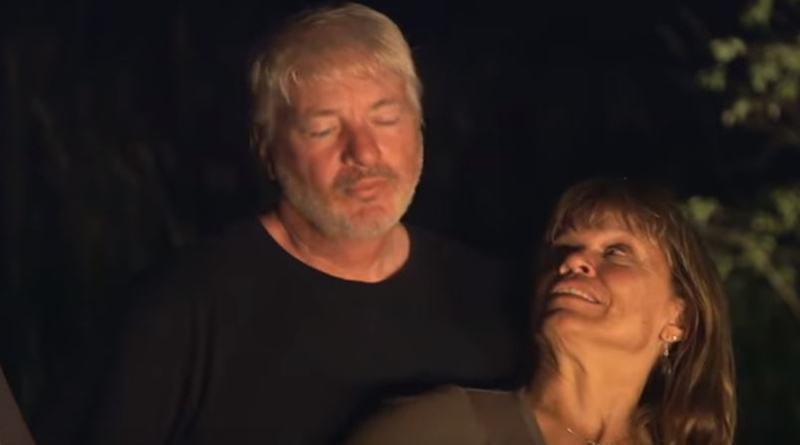 LPBW showed Amy Roloff and Chris Marek chatting with friends about marriage. While Chris seemed in a way to prefer avoiding the “institution” that Amy’s keen on, Amy said she’s not pushing him. However, she also noted that if she gets married again, she’ll “sing Hallelujah.’ Meanwhile, she’s enjoying dating as she only saw Matt Roloff four times before they married.

Fans of Little People, Big World know Matt and Amy divorced, and that split their fanbase. Instead of a united fanbase delighted at watching the daily struggles of the family with both average height and little people statures, it became a  battlefield. Both within the Roloff family and on social media, the division caused heartbreak and unhappiness.

Now, with Amy dating Chris, many of her fans hope he commits to a long-term relationship. However, as Chris points out, he has siblings with failed marriages. Actually, he mentions he “saw a lot of people who loved each other, but could not live with each other.” Nevertheless, he says he’s not totally against the idea of marriage. He added that he “never thought [he’d] be this age and still single.”

Amy came out of a failed marriage as LPBW fans know, but she’s keen to get back into what she terms “the institution.” Meanwhile, it looks like Chris simply won’t, or can’t connect to the idea of the “institution” at this time. Actually, even Amy said, Chris seems “nowhere ready” for marriage.

Amy puts this down to Chris not being able to “express commitment.” It’s unfortunate for Amy that Chris can’t commit verbally. Unfortunately, he experienced a norm where people love each other but can’t live together. As for Amy, she’d love to hear those wedding bells again.

Amy Roloff would ‘sing Hallelujah’ if marriage comes her way

From her perspective, marriage’s delightful. Amy said, that she may be “divorced,” but “holds up high the whole concept [of] marriage.” In fact, she added, “If by chance I get to do that again, I would still put everything that I can, as best as I can, to make it work.”

Finally, Amy said that if it happens to her again, she’s going to “sing Hallelujah.” If you think about it, Amy never really knew anything else as an adult, but marriage. So, we can only hope that she’s enjoying dating, and hold thumbs the right guy proposes one day. In the meantime, she seems happy that Chris crossed her path in life.

LPBW patriarch’s not pushing for marriage

While Amy says the idea’s not to push for marriage with Chris, she certainly delivered her message. She likes marriage and she wants it. As most people know, Amy’s a very determined woman. Hopefully, Chris gets to any commitment-point with his whole body and soul behind it. Because, for fans of Amy, a second failed marriage’s too awful to contemplate.

What do you think about Amy’s desire to marry again? Do you think a marriage commitment from Chris’s likely? Sound off your thoughts in the comments below.