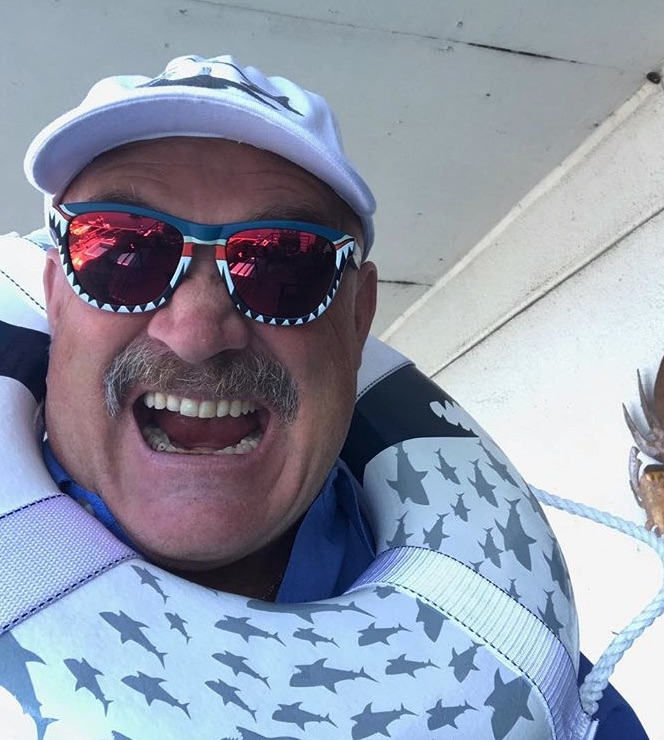 When Captain Jake Anderson and Captain Sig Hansen recently had a Wheelhouse Roast, where they answered “who was most likely to…”questions. Early on, they were asked which captain was hardest on Greenhorns. The two instantly, and unanimously, replied “Captain Keith.” Although they both confessed that Keith Colburn was a good friend of theirs, they knew Keith was hard on newbie greenhorns–except for his son Caelan Colburn. Caelan was a rock star as a greenhorn.

In that same Wheelhouse Roast, Jake and Sig both joked about Keith enjoying libations, and because of this, he would most likely wind up with a “regrettable” tattoo after indulging in too much alcohol. They seemed to forget that Keith Colburn stopped drinking, and spoke of his sobriety the past season. Yet, he seems to be struggling, as TV Shows Ace recently reported. Not long ago, he was seen in Mexico, indulging in libations and dancing with a blonde woman, clearly falling off the wagon.

Does anyone know what osteomyelitis is? Deadliest Catch fans know about the serious bacterial infection in the back, because Captain Keith battled the excruciating painful infection during Season 14. He even had to miss bairdi season in order to take care of himself.

Keith Colburn admitted to the Metroid Girls that he has a cornucopia of talisman and good luck charms that he brings with him when he fishes. Many of these items are things his daughter has made. He confessed that if they are not in their right place he will “freak out.” He says that if these items make you comfortable, then “why not?” bring along these superstitious items.

Captain Keith Fired His Own Brother

Season 14 saw the often surly captain fire his brother Monte Colburn. Monte mistreated a crew member and Keith’s rage boiled. Will Monte be back for Season 15? The short answer is yes. On September 29, he posted on Facebook that Monte would, indeed, be back for the new season.

“To answer the Monte question, of course Monte is back on the boat. That was not our first fight, wasn’t our worst fight , and won’t be our last. We are brothers; we carry on. #DeadliestCatch“

Captain Keith told Pop Culture that he was slammed on social media for his action, but admits, the two brothers are not “reconciled.” Will we see that on Season 15? He told them that the “Problem is we’re both stubborn, and neither of us have ever been wrong, so I mean, how do you reconcile when nobody’s ever wrong?” Guess we have some serious drama coming up!

Did you learn something new about Captain Keith from the Deadliest Catch? Is the Wizard your favorite crab fishing boat? Please share your comments and opinions in the field below. Deadliest Catch Season 15 begins with a two-hour episode on Tuesday, April 9 at 9:00 p.m., ET/PT on Discovery.