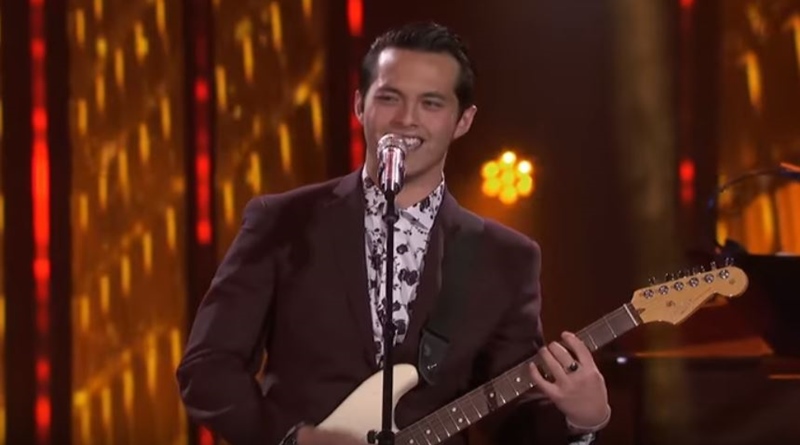 American Idol fans know when it comes to eliminations closer to the top contestants, the tension’s palpable. Laine Hardy tail-ended the contestants for the second time as they went into the Celebrity Duets. Elle King chatted to him backstage about nervousness and doing his best. However, the nervous moment really must have been the judges selecting the seven performers from 10 in Group One. He tailed-ended that as well, to take the last free seat.

Last week, Laine Hardy took to his Instagram to tease that he and Elle King would perform together. Idol Pad said they would do The Weight by The Band. Sunday, April 7, he took to his Instagram again, telling fans they performed at the tail-end. He posted, “I’ll be at the end of the set tonight! So many talented people!! Who’s ready?” Actually, it must suck to be the last one in. However, Elle King talked him through his nerves before their performance.

During the camera confessional, Laine told Elle that he was nervous and worried as he doesn’t move as much as he should. Actually, he looked nervous for the first time this season. Laine explained that he has “something in [his] mind.” Elle asked him if it was fear, to which Laine replied, “probably.” Anyway, Elle King, with many big performances behind her said she couldn’t “imagine the pressure…on him.” But, she encouraged Laine by saying even mistakes are okay, as long as you try your best.

Top 14 stakes are high, The Weight carried Laine through

The long wait for The Weight finally ended and the duo carried off an entertaining if not spectacular performance. That’s not to say they weren’t good. But, with neither of them moving around much, and Laine looking a bit strained for the first time this year, it could have been better. However, the crowd still loved his voice, and the judges looked happy enough. Lionel Richie and Luke smiled, but that “leap to her feet,” act from Katy Perry never happened.

Nevertheless, as they worked their way through it, they managed to keep the beat and the vibe for a popular finish. At one stage, when Laine stopped playing his electric guitar, Luke Bryan waved his hands around, as if to say, “hey dad, look, no hands.” Never mind, Laine kept his tune perfectly through those segments and Elle King complimented his voice beautifully.

The eliminations for the Top 14 were nerve-wracking

When it came to the judges, they had to send through only seven contestants, and what a hard line-up choice they had. For Laine Hardy and his fans, yet another tail-ender took place. With only one seat left, it came down to Katy Perry to call the last name of the last pick to go through to the Top 14 from Group One. The tension was already high as the judges always stretch it out a little bit. Thankfully,  for #partywithahardy fans, Laine’s name got called out.

Laine’s body posture showed an instant tension release as his family flipped with joy in the audience. That’s great news for Laine, but sadly, Kate Barnett, Shawn Robinson, and Bumbly went home. After the show, Laine took to his Instagram again, saying, “so speechless right now 🤭 I don’t know what got into me 😂 TOP 14! 😊” Faithful fans congratulated him, saying they can’t wait so they can start voting for him.

What do you think of Laine Hardy tail-ending the segment? Do you think he looked a bit nerve-wracked before singing The Weight with Elle King? Have your say in the comments below.

Monday sees Group Two of the contestants looking to fill in the last seven seats for the Top 14, so be sure to tune in to watch the ABC show.