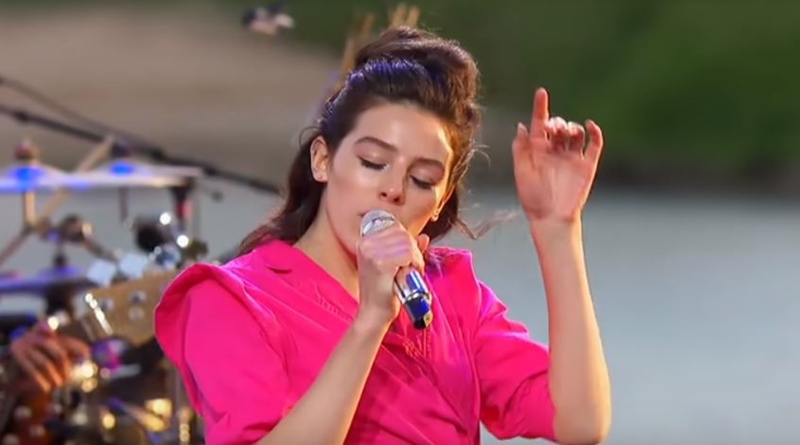 American Idol Season 17 sees an unusual pairing of reality shows this year. Making the Top 20, and spoiled to hit the Top 14, Evelynn Cormier of 90 Day Fiance took to Instagram to celebrate her EP Ghost. The second anniversary of the album happened April 1, but she totally forgot it because of everything going down in the world of Idol.

American Idol fans still grow used to Evelyn’s singing, but the 90 Day Fiance alum already garnered loads of fans who love her music. Evelyn said in her Instagram post, about Ghost, “With everything going on —I totally forgot that Ghost turned two on April 1st!! 🎉🎶🎂 I could never have imagined what would be waiting for me exactly two years later!”

Evelyn added that she gives it all to God and is so thankful for the “faithfulness, wisdom and constant direction in leading” her path! For those of you who don’t know, her Ghost EP comes with five tracks: Champagne, Got to be Gone, Kind Eyes, Carte Postal, and Let it Run. Let it Run’s particularly popular for beautiful lyrics.

With everything going on —I totally forgot that Ghost turned two on April 1st!! 🎉🎶🎂 I could never have imagined what would be waiting for me exactly two years later!! Thank you, God, for your faithfulness, wisdom and constant direction in leading my path! 🙏🏻🎶❤️#thebestisyettocome

Many American Idol followers find Eveyln’s style and voice hard to take. However, that could be due to her developing a sound that’s all her own. In fact, it seems many people agree that she’s the type of singer you either love or hate. Comments from YouTube include:

For an American Idol singer with diverse levels of popularity, she’s done well so far. Today (Sunday, April 7), Groups One and Two participate in the All-Star Celebrity Duets on the ABC show. According to Idol Pad spoilers and leaks, Evelyn performs with Chris Isaak to bring us Wicked Game by Chris. The number’s sung by Chris in his own sort of “breathy way” so perhaps the two blend well. Actually, this may be a very good song choice for her voice.

A brief recap for those who may not follow 90 Day Fiance, Evelyn featured on season 5 of the TLC show in 2017.  During the season, fans knew she loved music and wanted to expand her career. In the show, her fiance, David Vázquez Zermeño came into the USA from Spain. They needed to marry within 90 days for him to get his K-1 visa. Apparently, still together, this may be one of the few success stories from the series.

What do you think of Evelyn Cormier getting so caught up in American Idol and where her career’s going that she forgot the anniversary of her Ghost EP? Do you think she’s good enough to win Idol Season 17? Sound off your thoughts in the comments below.