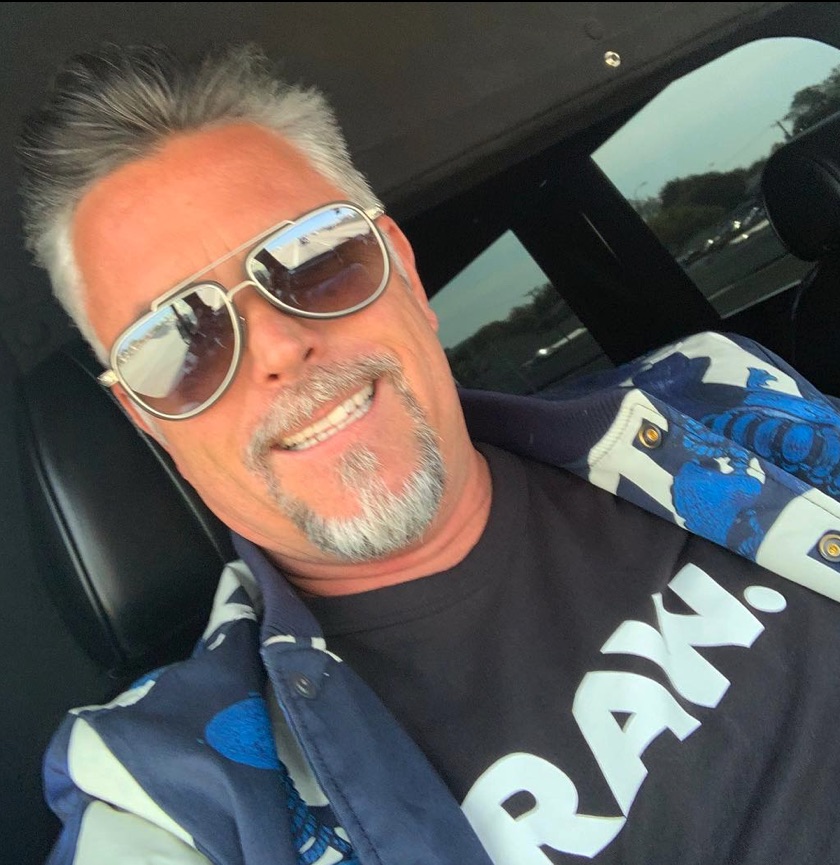 Everyone knows Richard Rawlings from the crazy popular Discovery show Fast N’ Loud, but do you know that Richard plans on expanding the Gas Monkey name? What Gas Monkey products could you see in your house in the near future?

No matter if you enjoy some tequila or rum on a Friday night, or have a fast paced life and indulge in the occasional energy drink, Gas Monkey will offer all. The libations are forthcoming, but the trademark neon green-colored energy drink has already taken off.

Richard told Forbes that he knows that there are “four or five big players” in the energy drink business, but his belief in his signature brand will be a contender. So far, he has nearly 85,000 Instagram followers who he says all came to the brand organically. Richard insists that those who patronize his branded products and fans of the tv show are enamored with the whole Gas Monkey concept.

You may be sitting down to a meal at a Gas Monkey restaurant soon. Richard promises that his Gas Monkey restaurants will be immediately expanded. He expects about 50 to open up all about the same time. He has big dreams and wants to create a line of music venues to compete with the House of Blues. But recent legal issues may keep this dream from moving forward at the breakneck pace that Richard prefers.

According to the Dallas News, the Gas Monkey Bar N’ Grill is being sued by Richard and the Fast N’ Loud production company. Only two miles away, the bar has been sued for copyright infringement. Fans of the show remember a few years back when Richard opened up the first bar. His Gas Monkey logo was all over it. The 2013 license agreement expired a year ago. The suit claims that they are using those logos illegally.

The Rawlings’ February cease and desist document contends that “the bar is using the logos to promote disparaging, lewd and sexually suggestive content and events.” The alleged acts included burlesque and body painting “events.” This goes beyond the building itself, including social media and merchandising. The paper cited an example of the Gas Monkey Bar promoting Richard’s brand with Jameson Whiskey, something that they did not obtain permission to do.

As TV Shows Ace previously reported, this cornucopia of lawsuits between the Richard and former employee, Daniel Flaherty, has appeared to delay the new season of Fast N’ Loud. Richard is persistent and it is clear he is determined to make it work, despite the legal delays.

As the boss man joins the half century club this Saturday, we're celebrating this milestone for our fearless leader! Today until Sunday in honor of Richard's birthday week, save 50% off all merchandise online at shop.gasmonkeygarage.com! Just use promo code "RRRBDay"! Better move quick Boss Man's not getting any younger 🤣 #GasMonkeyGarage #GasMonkey #FastNLoud #RichardRawlings

Richard R. Rawlings currently has two wildly successful Discovery shows, Garage Rehab, and Fast N’ Loud. He now has plans to expand. Rawlings just sold a show that he says “is going to be pretty interesting.” Unfortunately, he cannot share any details. Richard even has “two or three more shows in development.”

Are you excited to head over to a Gas Monkey restaurant or try out their energy drink or tequila? Or are you still waiting for Fast N’ Loud season 15 ? What do you think of the Gas Monkey expansion? Would you want to try any Gas Monkey products out? Share your thoughts in the comment field. Fast N’ Loud 2019 returns in June for Season 15. Discovery should make an announcement of the premiere date sometime in May.