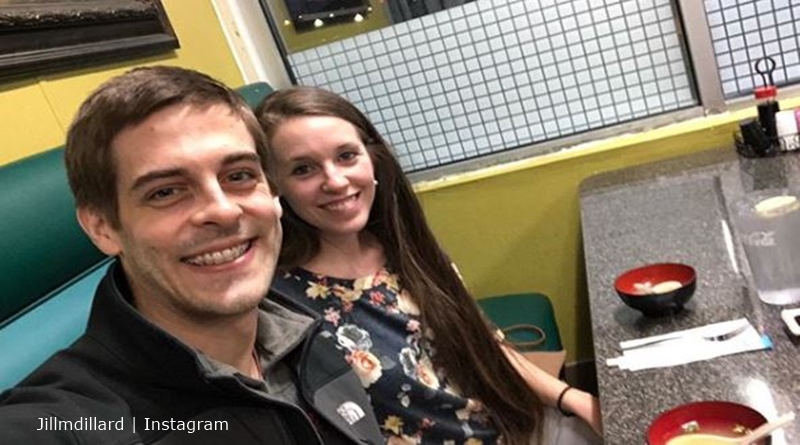 Counting On fans got a reminder on the Duggar Family Official Facebook page, that Jill and Derrick Dillard’s son, Israel’s about to turn four-years-old. Commenting on what a nice little boy he seems to be, many fans also wished TLC could bring the Dillard’s back to the show.

Die-hard fans of Counting On and 19 Kids and Counting know that Jill and Derick Dillard left the show in 2017. Back then,  Cheat Sheet reminds us that it all started when Derick made comments about Jazz Jenning on TLC’s show, I Am Jazz. On his Twitter, he said, ” “What an oxymoron … a ‘reality’ show which follows a non-reality. ‘Transgender’ is a myth.” He later added, “A system that allows this kind of child abuse is clearly broken.”

Derick never stopped at that, as he also commented on Nate Berkus, saying, “What a travesty of a family.” Many Counting On fans and critics agreed that Derick’s homophobia sickened them. Actually, it looks like TLC also found that bothersome as they parted their ways with him, saying in an announcement that Dericks’ views did not reflect those of the show. Derick however, said he never got fired, just that neither of them wanted to work together on Counting On.

On their Facebook page, the Duggars reminded Counting On followers that Israel’s birthdays coming along soon. They added that he really looks to be growing up fast and looks “less and less like a little guy and more like a big boy every day!” Fans congratulated them on the birthday for April 6. Hopefully, Jill shares some photos of her eldest son’s birthday on her Instagram.

Counting On fans who love Derrick and Jill still recall the days when they were popular on the show. That time’s long gone since critics accused them of abusing GoFundMe and their missionary work. The aftermath of the homophobic comments probably means popularity won’t ever come back. However, many fans still wish they could return to the show. They spoke about it in the comments of the Duggar’s post on Israel’s birthday.

Fans of Jill and Derrick Dillard speak out on Facebook

Fans who spoke out about wanting the couple back on Counting On certainly don’t rank in the majority. However, they do exist and really miss seeing them on the show. Here’s what some people said about it:

Other just wished TLC could let them back. However, even if TLC did allow them back, Derick probably wouldn’t accept it. Derrick’s all about his faith and any compromise on that and modern social norms simply don’t meet. These days, he’s studying law, so probably intends a different career path from reality TV altogether.

What do you think about how quickly time flies? Israel’s getting so big already! Do you miss the Dillard’s on the show and would you like to see them back? Have your say in the comments below.