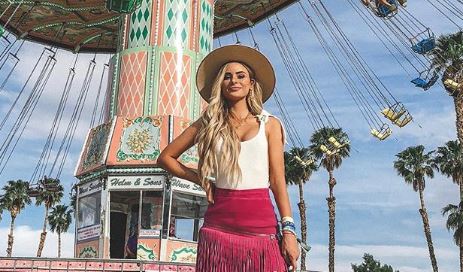 Amanda Stanton first came into the spotlight on Ben Higgin’s season of The Bachelor. The single mom quickly won fan’s hearts, especially when she introduced her adorable toddlers, Kinsley and Charlie, to the world.

Stanton failed to find love on The Bachelor. Then, she faced very public breakups with her two Bachelor In Paradise boyfriends, Robby Hayes and Josh Murray. Problems rose to a new height due to Amanda’s arrest in Las Vegas for assaulting her boyfriend, Bobby Jacobs. Despite the string of heartbreak and scandal, all seemed well with Stanton recently.

Then, the blonde bombshell concerned fans with several alarming posts yesterday, describing extreme anxiety. Speculation swirled that perhaps Stanton and Jacobs, together since last May, had split.

Amanda then published a video in which she revealed that a hacker had infiltrated her plastic surgeon’s computer, accessing pre-op photos taken of the reality star during her breast augmentation surgery. The hacker then threatened to publish the photos unless given money. When Stanton did not agree, the hacker sent the photos to Stanton’s ex, the producers at ABC, and others she’s worked with. Several fans report receiving the photos against their will from the hacker. Stanton says she’s “Losing sleep, having no motivation and just haven’t been myself because of it. As much as I know I shouldn’t stress over things that I can’t control, it seems impossible.” 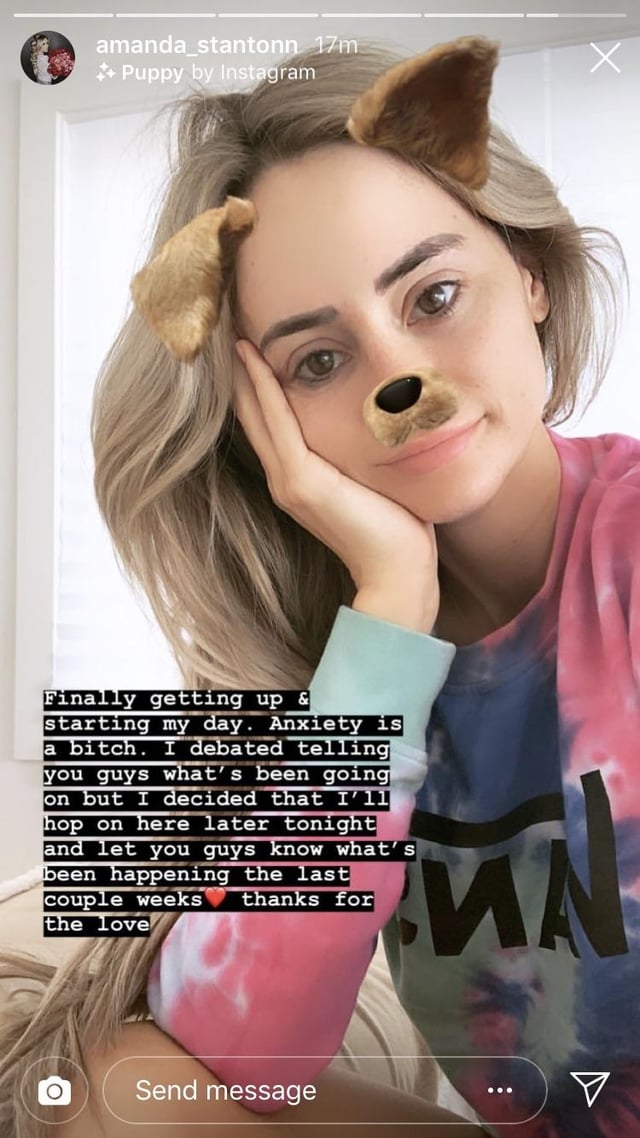 The star contacted the police. Unfortunately, Stanton cannot reveal more information at this time. She said that “I am just so frustrated and I feel very violated.”

The star since quipped in a recent video that those who see the pre-op photos, “will understand why I got the surgery.” She also informed fans that she would keep them updated with any additional news.

When it rains, it pours for the reality star. According to E!, an insider reported that Amanda Stanton and Jacobs are “taking some space” in their relationship. The source says, “They are still in touch but aren’t living in the same place. Amanda still thinks Bobby is a really good guy and hopes for more clarity soon.”

Don’t miss new episodes of The Bachelorette when they start airing in May on ABC.

Savannah Chrisley Spills Secrets To Her Perfect Complexion
Zach & Whitney Bates Have HUGE Update Amid Baby Jadon On Life Support
‘Days Of Our Lives’ Two Week Ahead Spoilers: Xander Goes Too Far With Dr. Synder – Sets Up Another Salem WhoDunnit
Erika Jayne Promotes ‘RHOBH’ Amid ‘The Housewife & The Hustler’ Debut
Candace Cameron Bure Shares She Censors Herself For The Kids