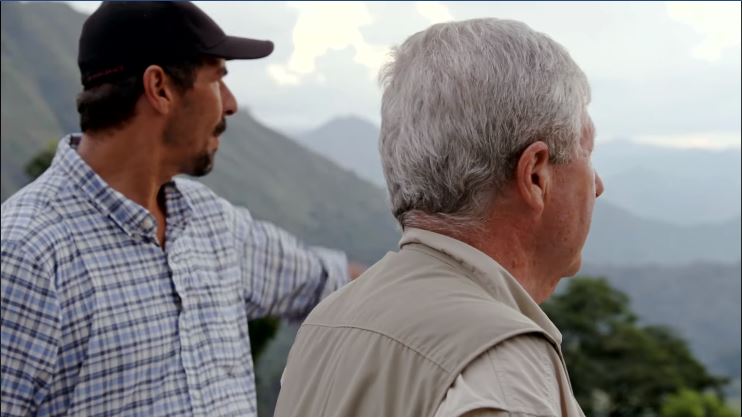 Lost Gold of World War II is the newest discovery show on The History Channel. Set in mountains of the Philippines, an American team of treasure hunters, led by Peter Struzzieri, search for the treasure allegedly hidden by Japanese General Yamashita. As the war went on, it is believed that treasure and artifacts stolen from many different nations were hidden by Yamashita and his troops before surrendering. Led by clues and codes of a secret society, the treasure hunters hope to find this elusive treasure within the mountains of the Philippines.

An eyewitness, known as grandpa, saw the General and his troops taking boxes and boxes up into the mountains as a child. He heard the explosions as the tunnels were sealed closed. For years, other treasure hunters have come through to find the treasure, only to lose their lives to explosives and even toxic chemical booby traps. Men go up the mountain and it becomes their final resting place! Grandpa told them if they go up there, they will all die. American treasure hunters led by hope to come down alive.

In episode two, the men found a cave filled with rocks bearing the symbols of the Golden Lily secret society. These markers all connected, leading to a rock with an “x”. After exploring the area, and the history of booby traps, Team Leader John Casey and Manny Paez decided that this was too easy and felt things were a little fishy. General Yamashita never made things easy for anyone and this just seemed like a trap. They decided to hold off on digging until the area could be better checked. Upon further exploration of the cave, John discovered a rock with the flower symbol, code for a bomb!! Back at Basecamp, they made the decision to bring in an explosive expert. The idea of explosives led the team to question if the cave may have been a command area for Yamashita. 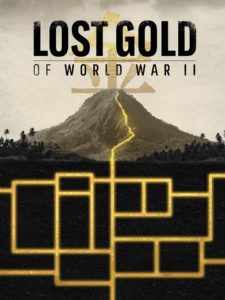 Explosives Expert on the Scene

With the threat of explosives in the cave, the team brought in military explosives expert Chad Higginbotham. After going over all the facts, Chad accompanied the team back to the cave to check it out. The team asked Higginbotham if he would be wearing protective gear going in and he responded with, “That bomb suit is only so they can pour you in a casket if it goes off.” He stated he would go into the cave with “two sticks, a straight blade, a knife, and a pair of big balls.”

They head up to the cave where Higginbotham points out how the entrance was obviously man-made to create a defendable stronghold over the cave. Once inside the cave, Higginbotham notices a wet area with signs of rust deposit, which he believes may be parts of a bomb that have degraded. This degradation means any explosive that was there is no longer active. Higginbotham believes it is safe to proceed with digging and exploring in the area.

Previous Hunter and the Discovery of Lost Gold

Struzzeri traveled 8o miles away to Baguio to meet with Henry Roxas. Roxas shares the story of how his father met a Japanese soldier that returned to the Philippines with a map to locate the treasure. The soldier was ill and Roxas took him to the hospital. The soldier repaid Roxas with a map to the treasure under the hospital. Roxas spent nine months looking before finally finding the golden Budha and 17 gold bars. He brought the treasure home, only to have his home raided by the Presidential Security Guards, who took the Buddha and gold bars. Roxas tells Struzzieri that his father found other items and showed a trunk full of coins and bills, as well as a Japanese sword.

Good news: We may have found some gold. Bad news: It comes with a few grenades attached.

While Struzzari is fascinated by the treasure, he is more excited to learn that after the war, Japanese soldiers returned with maps to try and locate the treasure. This is a sign that there really is treasure out there. He decided to pay grandpa a visit and see if he remembers any soldiers after the war. Grandpa confirms that there was a General that returned to the mountain after the war but died on the mountain after falling victim to his own booby trap explosives.

Back in the cave, the dig continues. In digging around the rock with the marks, they discover pieces of what the bomb expert believes to be parts of a grenade. As they continue to dig, a shovel full of dirt reveals a detonator. Higginbotham stops the team in their tracks and removes the shovel to get a better look at the detonator. He identifies this as the top of a potato masher grenade. Luckily, the years have taken its toll on the detonator and it is no longer a threat.

John and Manny return to digging and within a few minutes, John uncovers a coin. The first piece of treasure in the cave. The men return to basecamp to share their discoveries with Struzzari. After learning about the bomb pieces, Struzzari is more convinced that this area is hiding a treasure. At the same time, he is concerned about the safety of his team. Higginbotham assures Struzzari that in his professional opinion, he believes it is safe to continue. From what he found, he doesn’t believe that any explosive devices in the area are still viable.

With the green light from Higginbotham, the team returns with additional help to try and remove the marked rock and see if something resides underneath. They continue digging and finally free the rock and roll it out of place. They pull the metal detector out and it reveals another coin. It is their belief that more lies within the cave and exploration will continue.

What else will they uncover within the cave? What are the coins that they uncovered, and do they provide any additional clues? Tune in next week for episode four of Lost Gold of World War II!