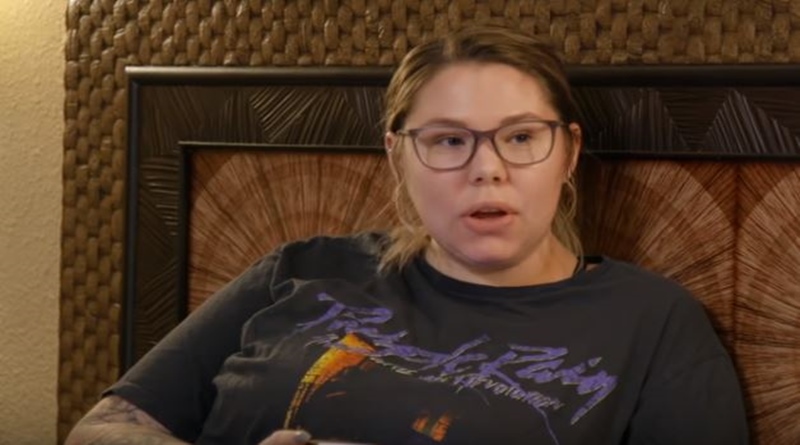 Teen Mom 2 fans heard from Kailyn Lowry on Twitter Monday, April 1. Granted, it was April Fools’ Day, but she seemed serious as she asked fans for help with MTV. Actually, it came where for once, they portrayed her as quite a nice person. Kailyn said that she’s tired of them showing her as “bitter.”

Of course, Kailyn comes with almost as many haters as fans, but those who love her responded nicely. Not that MTV listens to their fans much, as we know. However, many of the Teen Mom 2 Team Kail fans agree they usually show Kailyn bitter and twisted and harping on about her baby daddies. In fact, that’s totally in contrast to the Kailyn we see on her Coffee Convos podcast.

In her tweet, Kailyn wrote, “Can y’all please let @MTV know that y’all like me being me & happy on #teenmom2 instead of bitter & talking about baby daddy bullshit?” One fan responded by noting that Kailyn’s less likely to get portrayed like that if she stands up for herself. Actually, we see a stronger Kailyn this season, who’s not afraid to say when she behaves badly, and apologize.

Can y’all please let @MTV know that y’all like me being me & happy on #teenmom2 instead of bitter & talking about baby daddy bullshit?!

Supporters chime in on MTV and Kailyn

Kailyn’s Teen Mom 2 supporters stepped up to say what they thought about MTV’s portrayal of Kailyn. Here’s what they said about it:

One person, @realmrhousewife, said, “Not that this will change anyone’s opinion BUT I know @KailLowry personally + she is sweet, honest, sincere, real, and loyal. And it’s sad you don’t get to see that in [an] edited TV show… #TeenMom2.”

Season 9 of Teen Mom 2 opened with Kailyn meeting up with Javi’s pregnant girlfriend, Lauren Comeau and she came across as unreasonable.  TV Shows Ace reported back then that “the soccer match actually hinted at a very icy future on Teen Mom 2, judging by Kailyn’s attitude. When very pregnant Lauren started kicking the ball around, the pain and hurt on Kail’s face radiated off the camera.” Since then, the show took us through more of the life of Kailyn, and only once did they show her as nice.

What do you think of Kailyn Lowry asking fans for help with MTV? Do think she’s serious, or just playing an April Fools’ Day joke? Shout out your thoughts in the comments below.

Episode 13 screens on April 8, and we’ll see “Kail gets a surprising call from Jo’s wife about their child support battle.” Remember to check back with TV Shows Ace often for more news about Teen Mom 2.