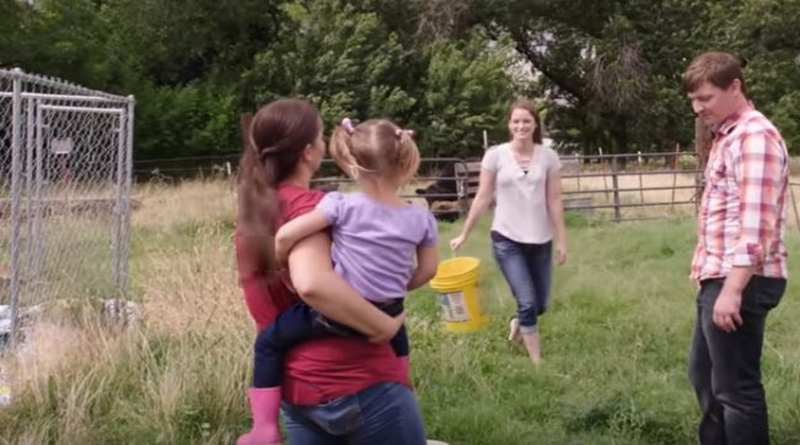 On Facebook, it became apparent that the Wilder family grew on followers of the show. Of all of the cast this year, it seemed they genuinely tried to live their plural life because of their faith. However, fans noticed they looked discomfited during the filming of the show. Actually, in their blog, they noted that they were, writing, “It was hard at first for us to open up.” Naturally, living a life on camera never came easily, but they did ease up a bit as the show progressed.

Fans of Seeking Sister Wife on Facebook felt that first wife Tami, second wife Sophie, and Colton came over a bit boring and ordinary. However, that’s mainly because the other cast members came with so much drama. On their blog, they explained, “As a family, we don’t offer much drama and that’s what a lot of viewers want to see, unfortunately.”

Winders’ on portraying their plural lifestyle

The Winder family spoke about the challenges of trying to portray their plural lifestyle. “It’s still hard today, but we’re learning to speak out and to share ourselves with others in hopes of portraying a positive image of plural marriage.” On the show, a lot of negatives presented themselves to fans of the show. However, few of these came from the Winder family.

Of all of them, the positives shone through, unlike the McGees with a jealous and confrontational Paige. Then, there seemed some confusion over Bernie’s reasons for opting for the lifestyle. Plus, the Snowden’s provided suspense and drama, but again, odd jealousies and dynamics really never bright much positive stuff to Seeking Sister Wife.

The Winder family on if they’ll return for another season

The Winder family can’t say if they’ll return for another season of Seeking Sister Wife. Mind you, at this stage, it’s not clear TLC plans a new one. Certainly, the ratings did okay. Actually, viewers spiked when Bernie McGee and Paige ended up arrested. Increasingly, despite the almost age-old Sister Wives show, people remain fascinated and repelled by the idea of plural families. Therefore, there’s a chance the series returns for a third season.

On their blog, the Winder family said, “If it doesn’t happen, we’ll have to be okay with it. What we will continue to do, however, is to put our voices out there in advocacy for consenting adults to live their lives the way they choose to; the way they believe that they should.” They are determined to continue to “advocate for liberty and justice for all because that is what is written in our hearts.”

What did you think of the Winder family on the TLC series this year? Do you hope they return for another season? Sound off your thoughts in the comments below.

Remember to check back with TV Shows Ace often for more news about the Winder family and Seeking Sister Wife.